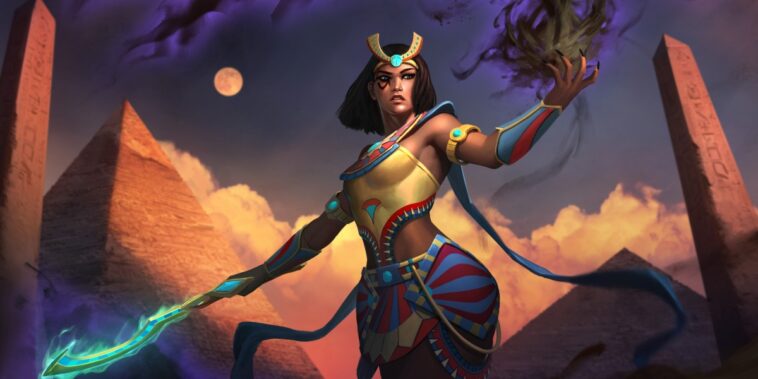 The NFT-focused blockchain Immutable X says it will invest $500 million into Web3 gaming projects. Called the “Immutable Developer and Venture Fund,” this will be the first official fund administered by Immutable Ventures.

In a recent press release, the Immutable team says its goal is to attract and support game developers in the Immutable X ecosystem. In addition to cash investments, Immutable Ventures will release its IMX tokens to partner NFT projects.

A few game companies and investment firms working with Immutable Ventures include:

Based in Australia, Immutable X is a layer 2 Ethereum blockchain that offers faster transactions and lower fees. In addition to launching hit titles like “Gods Unchained” and “Guild of Guardians,” Immutable has prominent NFT partnerships with companies like GameStop and TikTok.

According to its latest funding rounds, Immutable X has a valuation of around $2.5 billion.

Immutable is an Undeniable NFT Powerhouse

The Immutable X team continues to make big moves in its goal to become the leading name in the NFT gaming sector. Most notably, Immutable has worked closely with GameStop as the company adds an NFT market to its brick-and-mortar business model.

About one month ago, GameStop announced a desktop crypto wallet that works on Chrome and Brave browsers. This wallet will eventually link with GameStop’s upcoming NFT store, which will live on the Immutable X blockchain.

More recently, Immutable X announced a significant deal with the Warner Bros. subsidiary Turner Sports. According to this new partnership, Turner Sports will use Immutable X to release NFT games based on its media properties.

There were also rumors that Bored Ape founder Yuga Labs wants to migrate from Ethereum’s main chain to Immutable X. In fact, Immutable X sent a proposal to the ApeCoin DAO outlining how it could help the community scale its “Otherside” metaverse.

While the ApeCoin DAO just voted to remain on the Ethereum blockchain, many community members are still interested in alternative chains. Currently, Immutable X and Avalanche are the clear frontrunners to partner with the Bored Ape Yacht Club.

There’s no question Immutable X is one of the most influential chains in the NFT gaming sector, but it’s not the only player in town. Indeed, Solana Labs recently announced a significant $100 million fund for the South Korean Web3 gaming industry. Solana also partnered with PUBG’s creator Krafton earlier this year.

While nobody knows who will lead the NFT gaming market, Bloomberg believes video games will drive the emerging metaverse industry. According to Bloomberg’s latest predictions, gaming will account for $400 billion of the metaverse market’s $800 billion by 2024.