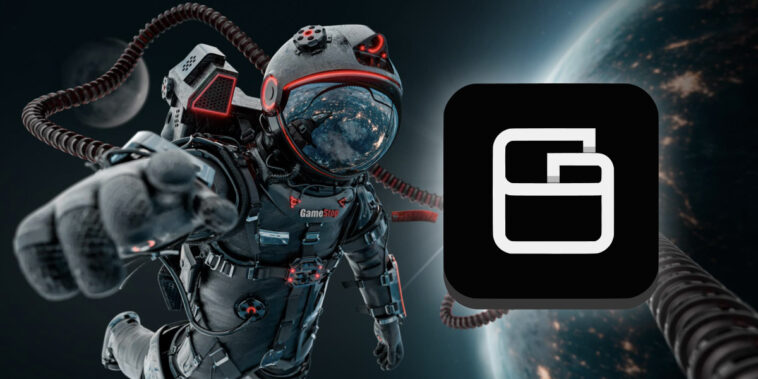 On Monday, GameStop announced the launch of its Web3 Ethereum wallet. A user can store, send, and receive cryptocurrencies and non-fungible tokens through the wallet. When GameStop’s NFT marketplace launches in Q2 of 2022, the GameStop wallet will be compatible with it.

As of now, the wallet is available as a browser extension for Chrome and Brave. There are plans to launch later the wallet as an app for iPhone users.

The wallet is also non-custodial, meaning a user has control of the wallet’s private keys. Its non-custodial nature means that users assume full responsibility for the contents in the wallet, with GameStop having no access. Users could lose access to the wallet if they lose the private key or seed phrase.

One key feature of the wallet is Loopring’s zero-knowledge proof roll-up technology. Due to this, wallet users can transact without the high fees sometimes associated with Ethereum.

GameStop wrote of this partnership that “harnessing…an Ethereum Level 2 scaling protocol” gives the user low-cost, fast transactions. Still, users will benefit from “Ethereum security, opportunity, and global reach.” Therefore, users can have the best of both worlds: fast, cheap transactions with control over assets.

GameStop surprised observers when it announced it would make a push into Web3. But for a company on the brink of demise, the move into crypto and NFTs may invigorate it.

A couple of months ago, it launched its NFT marketplace. Like with GameStop’s wallet, Loopring was the leading partner for the NFT website. Although the site was still in beta mode at the time, the announcement of a live GameStop marketplace caused a stir. The GameStop NFT marketplace is focused on gaming NFTs, though what that will look like in the future is uncertain.

Four months ago, the company shocked the industry when it announced it would create a $100 million gaming NFT fund. In this case, GameStop partnered with Immutable X, another Ethereum Level 2 Scaling company. According to the news at the time, the money for the fund would come from Immutable’s IMX tokens, which GameStop would then grant to NFT developers.

Time will tell how its wallet fares and whether it will become a competitor to MetaMask, the most popular Ethereum wallet. But there’s little doubt about GameStop’s direction: Web3, full steam ahead.