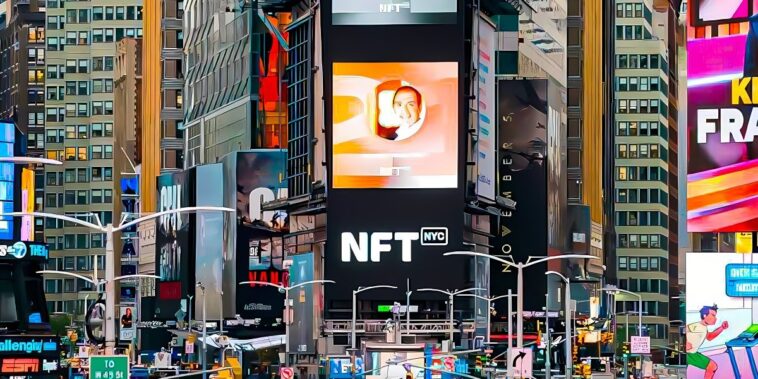 Immutable is a top Web3 company that supports the Ethereum-scaling Layer 2 platform Immutable X and the Immutable Games Studio, which has released popular blockchain-based gaming titles like Guild of Guardians and Gods Unchained — one of the top competitive trading card games in Web3.

Here’s what we know so far about the partnership:

NFT.NYC launched in 2019 to bring together builders, creators, developers, influencers, and companies innovating in the NFT space. The event has grown in popularity over the years. In June, 16,000+ attendees came to NYC from over 70 countries to hear more than 1,500 speakers from a myriad of industries discuss NFTs and Web3 technology.

NFT.NYC Co-Founder Jodee Rich said that partnering with Immutable will allow the organization to integrate NFTs into the attendee experience at events — something they’ve always be committed to doing. Besides from minting NFT tickets, Immutable plans to bring its world-class Web3 games and exciting experiences to all future NFT.NYC events.

And fans could get a first taste of the new partnership soon. On November 3rd and 4th this year, NFT.NYC is expanding to a global audience when it arrives in the United Kingdom for the first annual NFT.London.

Immutable’s partnership with NFT.NYC should help both companies continue to grow their brand. But Immutable and NFT.NYC certainly aren’t the only entities teaming up in Web3. Though the bear market in crypto has been relentless, we’ve reported on several big Web3 partnerships at Rarity Sniper this year. Here are some of the most recent stories.

First, the PGA Tour announced it partnered with Tom Brady’s Web3 company Autograph to launch a dedicated market for golf NFTs. The NFT market will launch sometime in early 2023, and proceeds from sales will be given to the players.

Next, also in sports, Liverpool soccer club partnered with Sorare — an NFT fantasy sports company — to bring its NFT blockchain game to millions of fans. Fans will be able to receive exclusive prizes related to player performance, fan multimedia content, and more.

While the downturn in the market has taken a toll on the number of NFT projects being released, it also appears to be forcing companies to innovate and make new connections. We’ll have to wait for NFT.London for some of the results of the new partnership between Immutable and NFT.NYC. But from the looks of it, the partnership should be beneficial for both companies.