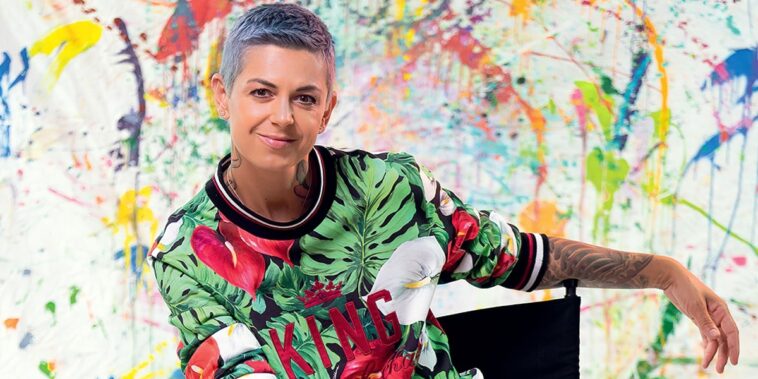 The NFT collection will come with IRL utility for holders, acting as a VIP ticket for a series of events scheduled in Europe, Los Angeles, and Dubai. Other perks of holding an NFT include access to live studio sessions and an opportunity for fans to win a tattoo of their own from the famed artists.

Select NFT pass holders will also have access to fireside chats with Ivanka hosted at luxury venues and yachts throughout the U.S. and Europe. The special events will be sponsored by the Ultron Foundation, a project focused on blockchain scalability, security, and improved transaction throughputs. The company plans to roll out new dApps shortly, including its own decentralized exchange.

In 2018, Ivana Belakova became the only woman whose tattoos are certified by the Macro Museum in Rome as contemporary fine art. Her sophisticated street style makes use of funky, bright colors, and she has gifted illustration skills. Over the course of her career, she’s tattooed several famous musicians, including Chris Brown, Lil Wayne, Quavo, and more.

Ivana has also published two books titled “Just Love Tattoos & Sushi” and “Narcissistic Rockstar,” and she gives seminars and workshops around the world. She said she’s always been a “proud trailblazer” and that she looked forward to catching up with fans in the metaverse.

The CEO of Cosmic Wire Jerad Finck added that the company was honored to work with such an amazing artist for the new project.

Web3 Projects from Celebrities and Athletes

Blockchain and NFT technology have opened new doors for artists and celebrities to connect with fans, and a number of them are taking advantage of it. At Rarity Sniper, rarely a week goes by that we’re not writing a headline about a celebrity launching an NFT collection. Here are three of the most recent stories.

In July, superstar comedian Kevin Hart dropped his metaverse special “Confessions from the Hart,” accompanied by a 10,000-piece NFT collection based on characters from the special. The NFTs were available to purchase for $65 using Ethereum or a credit card.

About a month ago, one of the greatest skateboarders, Tony Hawk, announced he was launching a skatepark in The Sandbox metaverse. The skatepark will occupy 36 parcels of virtual real estate, making it the biggest virtual skatepark in one of the most popular metaverses. Hawk also experimented with his own NFT collection earlier in the year when he launched “Last Trick” NFTs.

And just last week, actor turned artist Jim Carrey released his second 1:1 NFT artwork on the curated NFT marketplace SuperRare. The NFT, “Goon in the Moonlight,” had a reserve price of $50,000 or about 27 ETH at the time of writing. Portions of the proceeds will be given to the World Central Kitchen, a non-profit organization that provides meals to people affected by natural disasters.

Even as the crypto market remains bearish, celebrities haven’t stopped experimenting with NFTs. We’ll have to wait to see if Ivana’s Fine art tattoos with Cosmic Wire will be successful, but judging by the artist’s reputation around the world, we think there’s a good chance it will be.