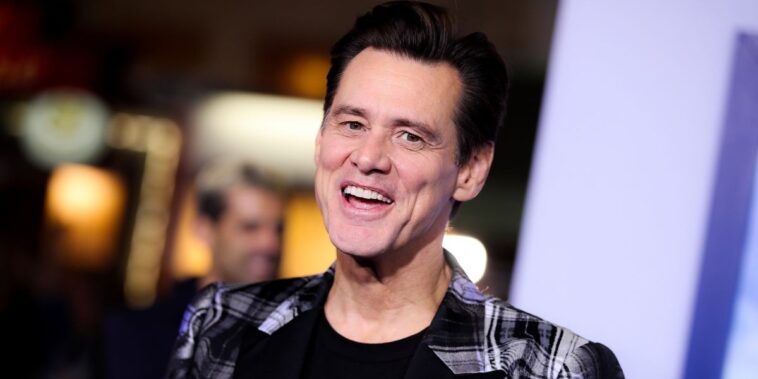 Actor, comedian, and artist Jim Carrey just released his second non-fungible token (NFT) artwork on SuperRare. The NFT, named “Goon in Moonlight,” will be auctioned off on the popular curated NFT marketplace, and bidding will take place from Tuesday to Thursday this week.

The reserve price for the unique 1:1 of NFT is $50,000 (or about 27 ETH at the time of writing), and a portion of the proceeds from the sale will go to benefit World Central Kitchen — a non-profit founded by celebrity chef José Andrés in 2012. The organization works to provide meals to people affected by natural disasters.

The NFT is a multimedia piece that combines painting, drawing, digital animation, and vocal performance art by Jane Carrey. The NFT was produced with Big Head Club, an NFT studio.

The 60-year-old-old star of Ace Ventura, The Truman Show, Eternal Sunshine of the Spotless Mind, and many other hit films has practiced drawing since he was a child and has had several art exhibitions over the years. In 2017, he even released a short film about his passion for art titled Jim Carrey: I Need Color.

This is not Carrey’s first foray into non-fungible tokens. In June, he released an NFT on SuperRare titled “Sunshower.” The digital artwork was produced in collaboration with filmmaker David Bushell and sold for 62.04 ETH or approximately $105,000 at the time of sale. As with his new project, a portion of the sales was given to a non-profit, in this case, Feeding America — an organization with over 200 food banks nationwide.

Jim Carrey is far from the only actor/celebrity pushing into the Web3 and NFT space. In fact, despite tough times in the crypto market, many actors and celebrities have been entering Web3 with NFT, blockchain, and metaverse projects.

At Rarity Sniper, we’ve reported on several compelling NFT projects from actors and celebrities in recent months. Listed below are some recent headlines:

One of the main reasons actors and celebrities are flocking to Web3 and NFTs is because blockchain and NFT technology enable creators to connect directly with their fans, cutting out middlemen as they create new and immersive experiences and products.

Time will tell if Jim Carrey’s latest 1:1 NFT “Goon in Moonlight” will be as successful as his first NFT drop, especially since the latest release is during the bear market. But one thing is certain: The iconic actor turned artist is all-in on NFTs and Web3.