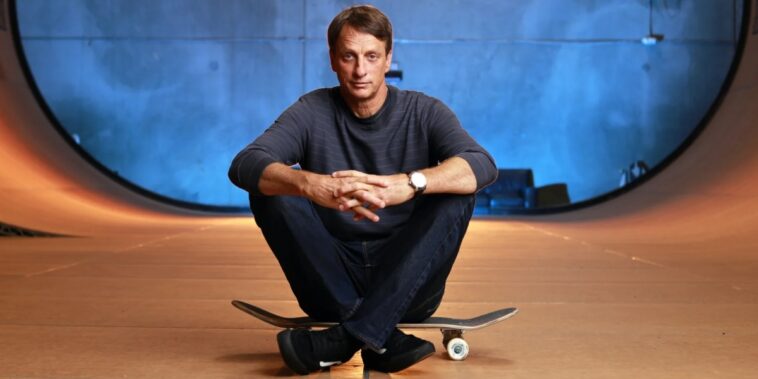 Tony Hawk, one of the greatest skateboarders of all time, is diving deeper into Web3 with a skatepark and 3D avatar NFT collection in The Sandbox metaverse. The skatepark will open on 36 parcels of virtual land in The Sandbox, making it the biggest virtual skatepark of its kind.

The announcement came on Wednesday along with a partnership from Autograph, an NFT platform founded by Tom Brady that helps legendary names in sports, culture, and entertainment develop unique digital projects. Earlier in the year, Hawk used the platform to release his first collection, “Last Trick” NFTs.

In regard to the virtual skatepark, Hawk said he’d always been a fan of technology and was “fascinated by the metaverse” and bringing a virtual park to The Sandbox.

Although this is Hawk’s first partnership in the blockchain gaming space, he’s had huge success with traditional video game partnerships in the past. The “Tony Hawk Pro Skater” series was one of the most profitable video game franchises ever, grossing over $1.4 billion since its 1999 debut.

The 3D NFT collection from Hawk and Autograph will commemorate Hawk’s 1999 X Games, where he landed his first ever 900, a milestone in skateboarding history. Though details are still sparse, we anticipate the NFTs will have utility in Hawk’s upcoming Skatepark metaverse.

Athletes and Superstars Continue Investing in The Sandbox

The Sandbox is one of the most popular metaverses on the Ethereum blockchain. It is comprised of 166,000 land plots that can be bought and sold and, just like with real-life real estate, can be monetized in a myriad of ways (such as by building a virtual skatepark).

Even in this crypto bear market, we’ve seen several investments and partnerships with The Sandbox from big-name brands and celebrities. Here are some recent headlines about The Sandbox that we’ve written about at Rarity Sniper:

As the race for a dominant metaverse heat ups, The Sandbox and other decentralized metaverses like Decentraland are top contenders. Adding the biggest virtual skate park in history sponsored by the most-known skater in the world, Tony Hawk, to the list of things to do in its metaverse certainly won’t hurt the cause.