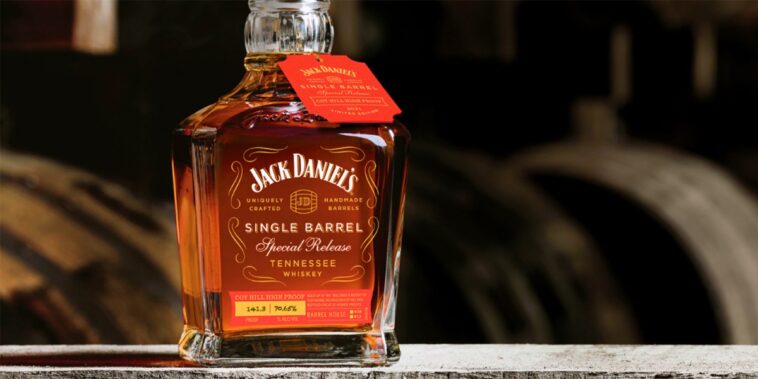 The trademarks were reported on September 19th via tweet by licensed trademark attorney Michael Kondoudis, a frequent source of Web3 trademark news.

Even in the bear market, Web3-related trademark filings have been pouring in. Between January 1st and August 31st of this year there have been over 3,600 crypto and Web3 related trademarks filed with USPTO — a number slightly higher than the entire year in 2021.

Although Jack Daniels didn’t release specific details about its plans for the metaverse, the trademarks make clear the Tennessee whiskey maker is bullish on Web3.

Beer and Alcohol Companies Are Building in Web3

The move to file NFT and metaverse-related trademarks from Jack Daniel’s shouldn’t come as a surprise to folks following Web3 news. We’ve covered several beer and alcohol companies investing time and money into Web3 technologies in recent months. Some are even Jack Daniel’s competitors. Here are the top stories.

In April of this year, Absolut Vodka opened a virtual experience in the Decentraland metaverse. Players could explore the world, participate in challenges to win prizes, discounts, NFTs, and for a few lucky fans even a trip to the Coachella Music Festival.

Next, the Canadian whiskey maker Crown Royal filed a series of NFT and metaverse-related patent requests in May. The company plans to create its own NFTs from images, photos, art, videos and audio files. It is also working on a blockchain-based video game.

Lastly, Tiger Beer Malaysia partnered with Malaysian streetwear company Pestle & Mortar Clothing for an NFT collection that sold out on OpenSea in only ten minutes. The 6,688 piece NFT collection consists of unique hand-drawn NFTs that themed around the Year of the Tiger.

NFTs, blockchain technology, and the metaverse are opening new ways for companies to connect with fans, and beer and alcohol companies are certainly taking notice. It will take some time before Jack Daniel’s trademarks are approved and we can see what Web3 plans the American whiskey maker has. But we’ll be keeping our ears to the ground for any new developments in the story.