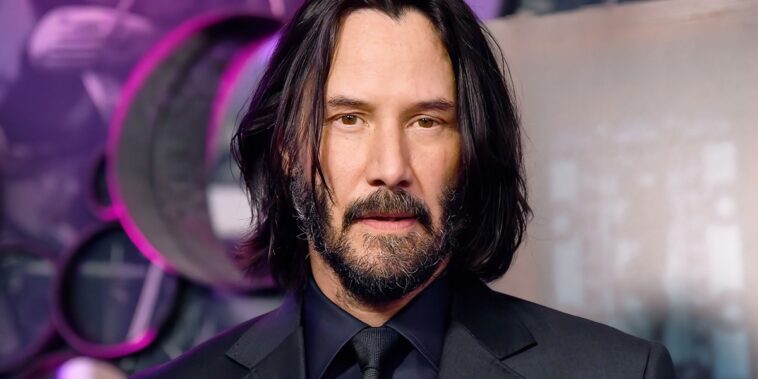 In an interview during the press tour for the latest Matrix movie, Keanu Reeves laughed about the concept of scarcity in the digital world. This week, the iconic actor has had a change of heart. Keanu Reeves and longtime partner Alexandra Grant have joined Futureverse, an NFT company that seeks to onboard traditional artists into the digital space, as advisors.

Reeves said he is honored to contribute to Non-Fungible Labs’ (Futureverse’s parent organization) effort in support of “artists and creators” worldwide. He called Futureverse, with its mission, an “extraordinary program and opportunity.”

Grant said that “our creative future” will live in a digital and physical world, and we have a responsibility to “include more people” in that creative space. She added that “dreaming up” a new model for art philanthropy has been “one of the most exciting projects” she has worked on.

In preparation for the launch of Futureverse, Non-Fungible Labs made a 100,000 euro donation to Nana Oforiatta Ayim, who is curating the Ghanian exhibit at the Venice Biennale 2022. Other grantees will be nominated, with a preference for artists and creatives from underrepresented populations. The organization told people to “bring causes and organizations” they are passionate about.

There is no word yet on other projects coming from Futureverse or Non-Fungible Labs. However, Brooke Howard-Smith, the co-founder of FLUF World (a Non-Fungible Labs’ project), said that partnering with Alexandra Grant will be “the first of many incredible initiatives” to create a better future for artists globally.

Although Keanu Reeves’ change of heart about NFTs may come as a shock, many other celebrities have been straightforward about their interest in the nascent technology. Here are three examples from the world of Hollywood.

First, Jim Carrey dived into the NFT space a little less than a month ago, purchasing an NFT art piece called “Devotion” for 20 ETH. Carrey said the illustration, depicting nature overtaking an abandoned Soviet sanatorium, resonated with him.

Second, Anthony Hopkins recently put out a call to several celebrities immersed in the NFT world for recommendations about NFT art. He also purchased an Ethereum Name Service domain and put it as his Twitter handle.

Finally, Quentin Tarantino auctioned off a series of NFTs that contained his original hand-written copy of the Pulp Fiction manuscript. The first NFT in that set sold for $1.1 million after a fierce bidding war. Tarantino said that he is excited about NFT technology because it allows him to share “never-seen-before materials.”

Time will tell how the relationship between Reeves and Futureverse pans out, but there’s no doubt that more celebrities are getting involved with non-fungible tokens.