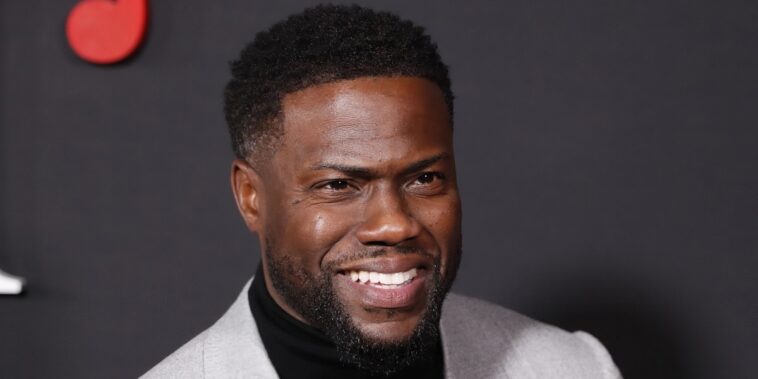 It appears Kevin Hart is boarding the Web3 train. The comedian will officially enter Web3 in a big way in early July 2022. Here is everything we know about Hart’s plans in this nascent space.

Hart will start with a debut of his metaverse special “Confessions from the Hart.” The show will air on Roku on July 6th (Hart’s 43rd birthday) and recount stories of Hart’s life, with the comedian narrating.

Hart’s 10,000 NFT collection will drop on July 7th. The drop will occur on the Kevin Hart Nation website. The artists for the collection have based the NFTs on Hart and characters in the “Confessions from the Hart” special. Interested users can purchase an NFT for $65 with Ethereum or a credit card.

Hart said that his favorite thing to do “is to make people laugh.” This new technological venture will allow him and his team to reach a new audience. He is proud of his team for their ingenuity and forward-thinking.

Although this is Hart’s professional debut in Web3, it is not his first experience in the ecosystem. Five months ago, he purchased Bored Ape #9258 via MoonPay for 79.5 ETH or $200,000.

While the general public has had a love-hate relationship with NFTs and perhaps Web3, more and more celebrities are taking to the nascent technology. Some are serving as advisors for Web3 companies, others are looking to purchase NFT art, and more are jumping into popular NFT collections. Here are three examples.

This past week, news broke that Keanu Reeves, who had laughed about the concept of digital scarcity in an interview, had signed up to be an advisor of NFT company Futureverse. Reeves and his long-term partner will aid the organization in its quest to make Web3 a more inclusive place.

Anthony Hopkins is another celebrity that has dived into Web3. Two weeks ago, he publicly solicited help from other celebrities in finding NFT art to purchase. He also bought an Ethereum Name Service domain and switched it to his Twitter handle.

Finally, many celebrities have joined the Bored Ape Yacht Club (BAYC). The list includes Madonna, Eminem, Snoop Dogg, Travis Barker, Gwyneth Paltrow, and many more. BAYC is considered one of the most exclusive clubs in the NFT space, with membership costing tens of thousands of dollars.

With more and more celebrities entering Web3, it is possible public opinion will turn in favor of the nascent technology, speeding up adoption.