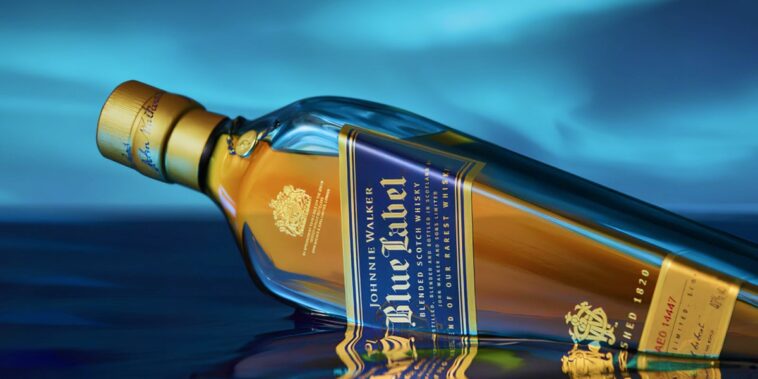 The “VANDYTHEPINK x Johnnie Walker Blue Label” collection will be released on BlockBar’s marketplace on November 22nd. It includes 250 non-fungible tokens featuring artwork from Vandy the Pink — a famous streetwear designer based in Virginia.

Here’s what we know about the new NFT collection from Johnnie Walker:

Furthermore, Vayner3 worked with JohnnieWalker to help create a “token-gated voting experience” that allows holders to vote on designs to be featured on the physical bottles.

Five designs were created by Vandy the Pink in his debut Web3 project with names like Bold Dragon, Harmonious Clouds, Maturing Flowers, Royal Fan, and Balanced Fish. Once the votes are tallied on December 1st, the bottle and NFTs will be updated with the winning design.

Johnnie Walker NFT holders will also receive VIP access to V at SCOPE on December 1st at Art Basel in Miami. They will have the chance to meet Vandy the Pink in-person and receive signed work by the artists, and they are invited to a Blue Label tasting.

This isn’t Johnnie Walker’s first foray into Web3. Six months ago, the brand dropped its first NFT collection tied to 48-year-old bottles of Scotch. And just a few months before it announced its partnership with Web3 consultant company Vayner3.

The new NFT collection from Johnny Walker is big news for fans of the famous Scotch. But Johnny Walker isn’t the only big-name alcohol company investing in NFT projects. At Rarity Sniper, we’ve covered several stories about beer and spirits in the Web3 space. Here are a few.

Next, American superstar R&B singer Usher partnered with Rémy Martin for an NFT collection titled “The Usher x Rémy Martin 1738: A Taste of Passion.” The NFTs were released on BlockBar and included a limited-edition bottle of “Rémy Martin 1738 Accord Royal” decorated with art created through artificial intelligence.

Lastly, Tiger Beer Malaysia partnered with Pestle & Mortar Clothing for an NFT collection that celebrated the Year of the Tiger. It consisted of 6,688 hand-drawn NFTs that sold out on OpenSea in only ten minutes.

It will take time to see if the latest NFT collection from Johnnie Walker will be popular with fans. But considering the NFTs aren’t just digital assets but are linked to an exclusive bottle of Scotch designed by a world-class artist, we think there’s a good chance Johnnie Walker aficionados will raise their glasses to this one.