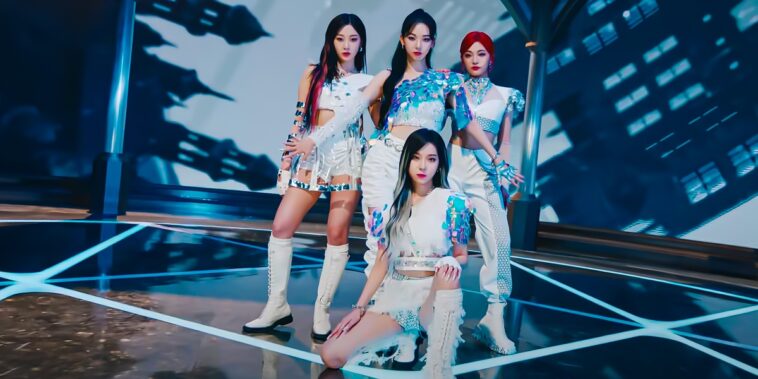 This Friday, Sotheby’s New York will be unveiling a new non-fungible token (NFT) collection from the South Korean pop group Aespa, best known for songs like “Savage” and “Black Mamba.”

For the “ae girls collection,” the female powerhouse group collaborated with Los Angeles-based 3D artist Blake Kathryn to create the world’s first NFT collaboration from a K-pop group and a renowned NFT artist.

The collection will be auctioned on Sotheby’s Metaverse between October 13th and 21st and will be divided into three stages — a 1:1 artwork, four fine art depictions of aespa members in editions of 8, and an open edition access key for fans.

Here are more details about the NFTs:

Aespa is an all-female group who’s debut video “Black Mamba” has over 200 million views. Besides the singers themselves, the group also includes their avatars — part of their Web3 story-telling concept that’s helped them cultivate a young, tech-friendly audience. More information on the collection is available on Sotheby’s Metaverse.

NFT Collections from Musicians on the Rise

Aespa’s collaboration with Kathryn is big news for the rising stars, but it certainly isn’t the only NFT collection being launched by musicians. Because NFTs and blockchain technology let artists connect with fans in novel ways and monetize digital assets like audio tracks or music videos, several musicians have dropped their own NFT projects this year. Here are our top stories.

First, there is legendary rapper Snoop Dogg and DJ Steve Aoki. Earlier in the year, the Web3 enthusiasts collaborated on a new EP called Da Da that will drop as an NFT. Sample tracks were airdropped to people who hold an AOK1VERSE Passport or a Snoop Stashbox in their wallet.

Next, there is Timbaland. The legendary music producer launched a music video in the metaverse called “Congo Has Meaning.” The video featured two Bored Ape NFTs, and the video itself was an NFT that fans could purchase and trade.

NFTs and the metaverse have several benefits for musicians and it appears that even in the crypto bear market, they’re taking notice. It will be a couple of weeks before we know how much the “ae girls collection” NFTs sells for, but considering the group’s millions of young fans combined with the reputation of Sotheby’s, there’s a good chance prices will be high.