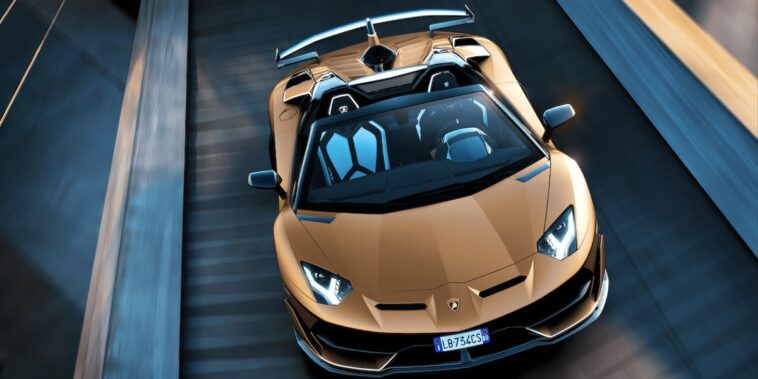 Sports car manufacturer Lamborghini has had two successful non-fungible token collections, including one involving “space keys.” Now, it’s set its sights on the long haul — an 8-month NFT journey that will feature 32 separate non-fungible token drops with a special prize for collectors at the end. Here is everything we know about the drop so far.

According to the Lamborghini NFT website, users can purchase the non-fungible tokens with cryptocurrency and fiat money. The basic NFTs will cost $196.30 each, and the limited edition pieces will run $1,963. That means collectors who want to receive the prize NFT at the end of the road trip must be willing to shell out $20,415 (plus any cryptocurrency gas fees).

There are other rewards along the way, such as those who complete the first two months of the road trip and those who acquire all NFTs in the first four months. To run the NFT campaign, Lamborghini has partnered with NFT PRO and INVNT.ATOM.

Christian Mastro, marketing director of Lamborghini, said that the car manufacturer has been the protagonist of the dreams of adults and children, and entering into the NFT landscape in this way is an extension of that. To the company, NFTs are a new form of expression for a younger generation.

Many industries have taken to non-fungible tokens as a way to better public relations and retain consumers, but few have done so with as much abandon as the car industry. Here are three stores Rarity Sniper has covered this year involving car companies and NFTs.

First, there is Ripple & Lotus. The two companies combined to drop an NFT collection recently, with Lotus saying it wanted to capture the spirit of the iconic sports car brand. It marked the company’s entrance into Web3.

Second, there is McLaren. The supercar company launched an NFT collection three months ago titled the “Genesis Collection.” Collectors of these NFTs were in for a treat, with special access to the McLaren Special Operations Lab among the many perks.

Third and finally, there is Hyundai. The South Korean motor company has been involved in Web3 in numerous facets, dropping NFT collections and starting Discord communities. In May, it launched a “metamobility” NFT collection that consisted of 10,000 NFTs.

Lamborghini’s third venture into the NFT space is intriguing and certainly so because of the long timeline. While it will cost many collectors a lot of money if they want the prize at the end of the “road trip,” the NFT collection could serve as a booster during a down cryptocurrency market.