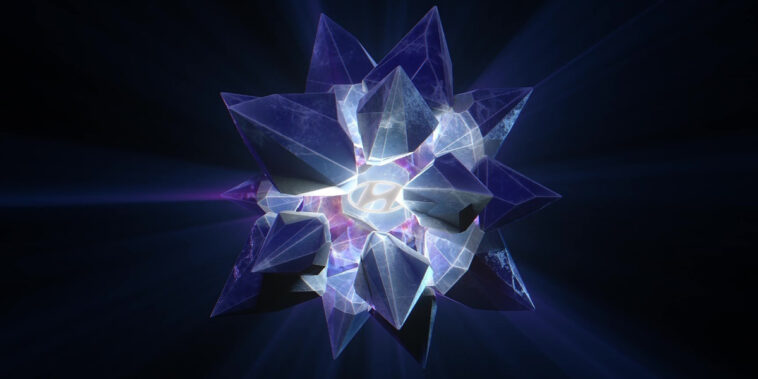 On May 9th and 10th, Hyundai Motors will launch an NFT collection called “Shooting Star.” The 10,000 Ethereum NFTs are part of a larger storyline the company is constructing. A film will follow the “Shooting Star” mint where a MetaKong will find a shooting star stuck to a Hyundai Pony windshield wiper.

The Shooting Star mint will adhere to the common delayed-reveal practice seen in popular NFT collections. A placeholder image will sit over the non-fungible tokens until the company reveals the actual artwork late May.

Hyundai Motors has been busy in Web3 over the past few months. On April 18th, it announced its intentions to start a global NFT community. And just after that announcement, it opened a Discord server and Twitter account solely to grow its NFT influence. The Discord server has grown to 127,000 members, while the Twitter account has around 87,000 followers.

Thomas Schemera, Hyundai Motors’ Chief Marketing Officer, said that the “Shooting Star” collection is the start of the company’s NFT expansion. The goal is to take the Hyundai brand experience and bring it to the metamobility universe. There, Hyundai NFT holders will have unique opportunities to “join in on the fun.”

The Hyundai “Shooting Star” mint will take place on the company’s NFT website. Hyundai will reserve the May 9th mint for allowlist members, with the May 10th mint being a general sale.

South Korea’s Hyundai stands out in a country that has embraced Web3. As Rarity Sniper reported, the “Shooting Star” NFT collection is not the company’s first. Earlier this year, it released an NFT set of MegaKongz (the ones that found the shooting star) and has created video clips to go with it.

Hyundai has also tried to market its brands using NFTs. Recently, it released a set of non-fungible tokens for its brand Kia Motors. These eco-conscious NFTs carried obvert messages about the impact of fossil fuels on the environment.

It has taken Web3 beyond the traditional realms of Discord, Twitter, and standalone metaverses too. At a Consumer Electronics Show, Hyundai coined the term “metamobility” to refer to new technologies helping break people free of the constraints in the physical realm.

Even Hyundai Oilbank has gotten into the mix, opening up a mixed-fuel station in the Zepeto metaverse.

But there’s no doubt that other South Korean companies are taking steps into Web3 as well. In fact, the whole country is bullish on the metaverse. So much so that the government is investing $186.7 million into Web3 and an eventual South Korean metaverse.

Time will tell how successful Hyundai Motors’ metaverse projects will be. But there’s no doubting the company’s enthusiasm for the space.