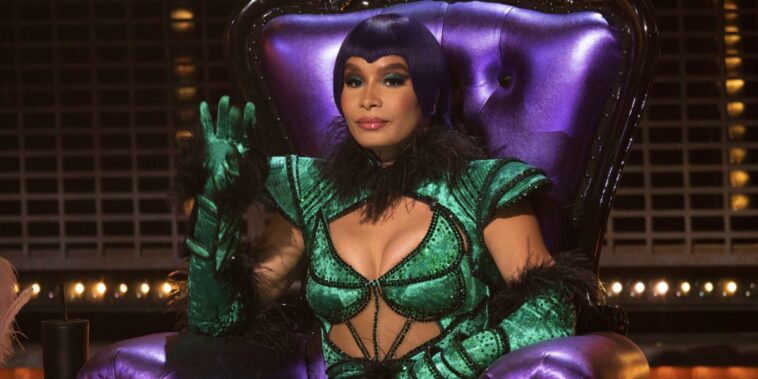 Leiomy Maldonado, a judge on HBO’s dance competition “Legendary,” has officially entered the metaverse. She joined Meta on its Horizon Workrooms series that explores the intersection between futuristic technologies and the culture of disadvantaged or underrepresented populations.

In the many interviews Leiomy gave, she expressed how strange it was to be conducting them in VR or virtual reality. VR is one of the many metaverse technologies that Meta is developing to create a fully functioning metaverse.

Leiomy, openly transgender and an LGBTQ activist, said that the metaverse poses new opportunities for disadvantaged groups because you can control your appearance. This ability allows someone who may have physical indicators of being from a discriminated population to conceal those indicators. This would presumably lead to less discrimination, which may help during certain circumstances.

The dancer added that the metaverse is a “safe pace” that allows for experimentation and exploration of different social groups. Because many people are not comfortable with themselves in the real world, the metaverse decreases barriers to finding your tribe.

Leiomy is very open about her journey to discovering her identity as a trans-woman. The process was difficult, especially because people around her didn’t truly understand it. She had to find a “chosen family” to support her and keep her grounded because she went through so much in life. The metaverse could help people do the same.

Meta’s Metaverse Culture Series initially debuted in February, Black History Month. Since then, the social media giant has hosted various people to conduct talks and interviews about the intersection of Web3 technologies and how they may pose opportunities for disadvantaged populations.

The Metaverse Culture Series by Meta is just one example of the company’s Web3 moves this year. Here are three instances where Mark Zuckerberg and Meta show how serious they are about the metaverse.

First, Meta created a pilot program for certain users to test non-fungible tokens on Instagram. Although the pool of users is small at the moment, the company is looking to expand it and even add NFT functionality to Facebook.

Second, Rarity Sniper reported recently that Fender and BMW partnered with Meta to create virtual reality experiences. The simulations, which involved sound and motion, were creative and aimed to make the platform in question more “fun.”

Finally, Meta introduced more life-like avatars to Facebook Messenger, Facebook, and Instagram. Some avatars were even disability-inclusive, such as one having Cochlear implants (a company treatment for hearing loss).

The Metaverse Culture Series is an interesting forum to talk about metaverse issues, adding to the evidence that Meta is bullish on the metaverse.