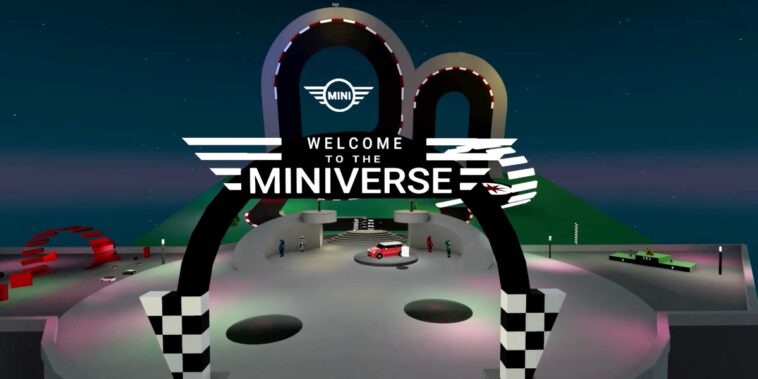 At the Cannes Festival in South France, Meta unveiled virtual experiences from Fender and MINI, a BMW company, that will bring more fun to the VR platform Horizon Worlds. The two simulations take advantage of a few human senses, notably vision and sound.

In the Fender virtual experience, users land on a guitar-shaped island high in the stratosphere. The task is to construct riffs — strings of notes or chords — by finding guitar picks hidden in the landscape. By finding the picks, users can create their musical arrangements. There are a few “golden picks” on the island and an undisclosed number of Easter eggs or hidden surprises.

Evan Jones, the CMO at Fender, said the company “could not be more pleased” that Meta invited Fender into the metaverse. The company is committed to encouraging all forms of musical expression. It is excited about the possibilities of this new technology to allow people worldwide to connect in one place.

Then there is the simulation from MINI. In it, up to four users can take a trip in a vehicle through a “gravity-defying” race track. Spectators can interfere with the race, “flicking” cars off the tracks or placing obstacles in the path. Users can also customize their MINI EV, which they will use for the race.

Rah Mahtani, Brand Communications Manager at MINI USA, said the company is “excited” to be the first automotive brand to create a virtual experience in Meta’s Horizon Worlds. The brand is about “fun” and likes to bring this ethos to life in “cheeky and unconventional” ways.

The virtual experiences are available through the Meta Quest 2 Headset users in the United States, Canada, and United Kingdom.

When Mark Zuckerberg changed Facebook’s name to Meta in late 2021, it signaled to the world that he was serious about this nascent technology. And the year 2022 for the company has not disappointed, at least regarding the number of moves it has made.

Earlier this year, Zuckerberg announced that Facebook and Instagram would take advantage of the suddenly popular NFT industry. He has followed up on that announcement with a rollout of an NFT program on Instagram and the soon-to-be-implemented market.

Horizon Worlds, Meta’s virtual reality platform, hit a milestone a few months back, amassing the largest number of users in its history. While Horizon Worlds didn’t disclose many specifics about the number of users, some observers took it as a sign that the VR side of Meta is growing.

Finally, the Foo Fighters put on a show in Horizon Venues, a sister platform to Horizon Worlds, after the Super Bowl. It would mark the band’s first XR show, XR being a term that refers to a mix of augmented and virtual reality. The band said at the time that the show would be a challenge in a positive way.

Time will tell how popular the two new VR experiences from Fender and MINI are, but there’s no doubt that Meta continues to move in the direction of the metaverse.