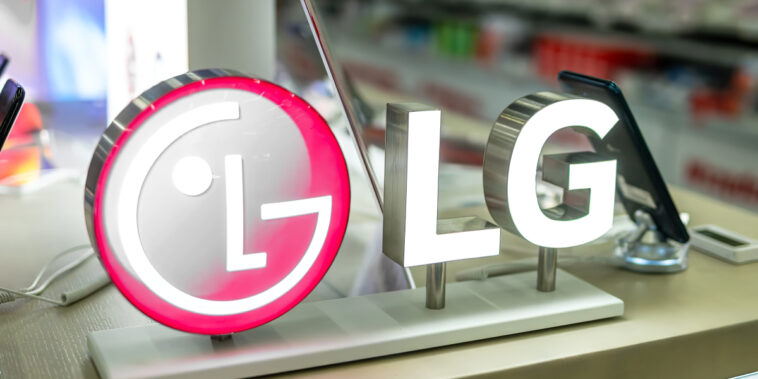 South Korean tech giant LG Electronics is making several announcements about its ambitions in Web3 at this year’s Consumer Electronics Show in Las Vegas. The event kicked off today and will last until January 8th. It is considered to be the most influential tech event in the world.

Among other announcements, LG revealed that NFT enthusiasts can now use a device known as Blade Wallet to buy, sell, and trade non-fungible tokens using its LG smart TVs via the LG Art Lab platform. Blade Wallet is a secure Web3 wallet that runs on the Hedera network.

Beside the Sansar metaverse, LG announced that it had a deal with a cloud streaming platform Oorbit to help bring the “interoperable metaverse” to LG smart TVs. This would allow users to bring their digital assets and avatars in and out of different metaverse. It will also let users experience AI generative multiplayer games on the Auxworld platform, and virtual concerts on the music-focused gaming platform ELYNXIR.

In September, the company made Web3 news when it launched NFT trading for US LG smart TVs running web0S 5.0 and above. At the time, users needed to use LG’s proprietary blockchain wallet Wallypto.

We also reported a few weeks ago that LG would be showcasing its “Monster” virtual shoe NFTs at the CES 2023. Attendees will able to try on the 5,500 unique digital NFT shoes using augmented reality tech and holograms at the event.

LG isn’t the only tech and electronic company investing time, energy, and money in Web3. At Rarity Sniper, we covered several articles this past year about tech companies investing in the metaverse, NFTs, and blockchain technology. Here are the top three.

First, the multination tech conglomerate Sony made several moves in Web3 in 2022. Most recently, it released a $360 movement-tracking wearable that lets users sync their movements with avatars. The wearable is aimed at virtual YouTubers and creators focused on movie and animation production.

Next, one of the leading artificial intelligence companies, NVIDIA, released Omniverse Cloud Services, a collection of programs aimed at helping companies navigate Web3 and construct virtual worlds. According to the company’s CEO, the Omniverse will be helpful wherever digital and physical worlds connect.

Lastly, fintech company PayPal recently teamed up with popular crypto wallet MetaMask to let users seamlessly buy and transfer Ethereum (ETH). The new integration is being rolled out to select U.S. users, and more cryptocurrencies are expected to be added soon.

LG Electronics’ ambitious moves in Web3 should be exciting to NFT and metaverse enthusiasts. And if nothing else, it shows that even despite the down year in the crypto and NFT markets, innovate companies like LG remain bullish on Web3.