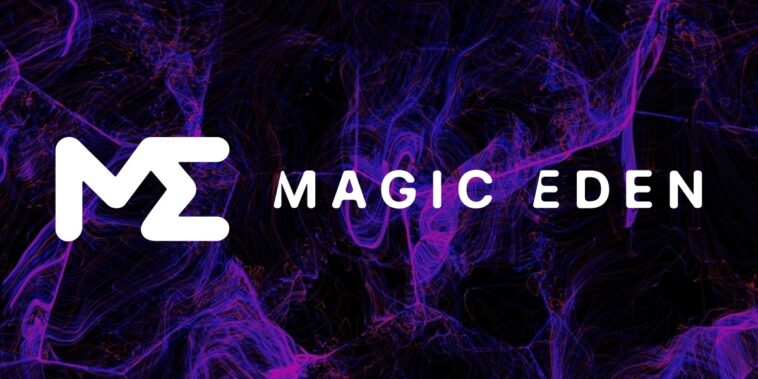 The Solana-based NFT marketplace Magic Eden, launched in September of 2021, recently raised $130 million in a Series B funding round co-led by Greylock Partners and Electric Capital, raising its total value to $1.6 billion.

Previous investors in Magic Eden such as Sequoia Capital and Paradigm also participated in the funding round, along with newcomer Lightspeed Venture Partners. The Series B round follows a $27 million Series A round for Magic Eden that occurred in March of this year.

Magic Eden’s secondary marketplace boasts over 7,000 NFT collections and is responsible for over 95% of all Solana-based NFT volume. The Launchpad has over 250 projects, and over 50,000 Solana-based NFTs are minted daily on the platform, which sees an average of 20 million unique visitors per month.

COO of Magic Eden, Zhuoxun Yin, told TechCrunch that when the platform launched, they weren’t the first movers on Solana and “had to play catch-up.” But by listening to the community’s wants and needs they’ve quickly risen to dominance as a Solana-based NFT marketplace.

Money from the funding round will be used to investigate multichain opportunities beyond Solana, improve products, and expand Magic Eden’s primary and secondary NFT marketplaces.

Despite the bearish crypto and NFT markets, Solana continues to prove it is quite a capable blockchain for NFTs and digital assets. In fact, its lightning-fast network speeds and dirt-cheap transaction fees have made it a preferred blockchain for many NFT enthusiasts and collectors.

Although Solana is yet to unseat Ethereum as the #1 blockchain for NFTs, it’s accomplished quite a lot in its short time in existence. Here are some noteworthy headlines from Rarity Sniper about Solana over the past couple of months:

Much of Solana’s success is due to the fact that at a time when many NFT collectors had grown weary of Ethereum’s notoriously high “gas fees,” Solana offered a secure and easy alternative.

Though the Solana blockchain still has a long way to go to unseat or equal its rival Ethereum, another funding round that pushes the company into Unicorn status looks like a step in the right direction.