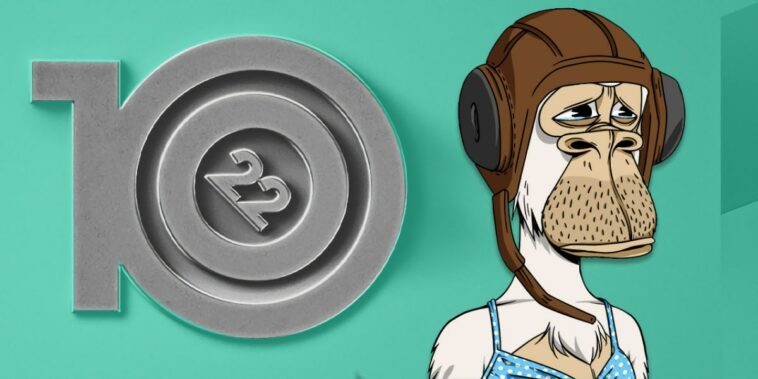 As of now, all the KINGSHIP band members are represented by Yuga Labs NFTs: three Bored Apes, and a Mutant Ape that is on loan from NFT collector Jim McNelis. Current holders of Bored Apes will have early access to KINGSHIP experiences and narrative selection.

The BAYC has become a blue-chip NFT collection and somewhat of a status symbol as of late — attracting stars like Steph Curry, Jimmy Fallon, Paris Hilton, Eminem, Snoop Dogg, and many more. The current floor price, or the lowest price you can purchase and Ape, is 93 ETH, around $270,000.

The idea of a virtual band with digital characters dates back to Gorillaz, which was formed in 1998 by musician Damon Albarn and comic artist Jamie Hewlett. But the rising popularity of the metaverse and advancements in technology have brought the idea of virtual bands to another level, and more record labels and musicians are embracing the new possibilities.

One reason is that NFT and blockchain technology can validate ownership of digital assets and allow artists to collect royalties from secondary sales of their music, which was not possible before.

And the ever-expanding possibilities of concerts in virtual spaces like Decentraland and The Sandbox have already been shown to reap rewards for innovative artists like Travis Scott and Ariana Grande.

In other noteworthy NFT music news, Snoop Dogg recently purchased the historic hip-hop record label Death Row and vowed to make it an NFT label. He also released his latest album “B.O.D.R.” as an NFT.

Lastly, world-renowned DJ Steve Aoki said he made more money from NFTs in one year than from streaming his music for ten years.

Those types of results could cause many musicians to rethink the current streaming model and start experimenting more with NFTs and digital bands.

If the move by UMG, one of the biggest record labels in the world, is any indication, 2022 could be the year of NFT music. We’ll be keeping our eyes and ears open for KINGSHIP to see what kind of tunes they drop and concerts they throw the metaverse.