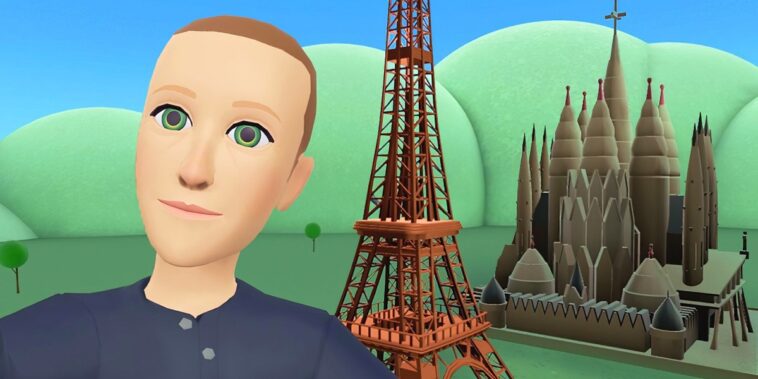 Meta, formerly known as Facebook, announced that it has expanded its metaverse Horizon Worlds to adults aged 18 and over in France and Spain. The move is part of a larger push to extend the reach of the platform to different countries in Europe.

Meta wrote in a blog post that it “has been amazed” by the fast-growing community on Horizon Worlds that has created unique experiences. These include action-packed games to centers focused on meditation.

The company now sees an average of 300,000 people per month visiting Horizon Worlds. The only point of accessibility is currently virtual reality headsets like the Meta Quest 2, though Meta is building a web-only version for people who have no access to such technology.

Many companies have taken advantage of the growing popularity of Horizon Worlds by creating experiences for users. These companies include Fender, which created an island where players could create their own guitar riffs, and Wendy’s, which built a virtual restaurant with Easter Eggs and prizes.

However, even Meta CEO Mark Zuckerberg acknowledged that Horizon Worlds and Meta’s metaverse ambition is a long-term bet that will likely take years to manifest. Since Facebook changed its name to Meta, the company has lost money and suffered setbacks in the stock market.

Meta, a company with a suite of social media platforms, has been busy in 2022. From integrating non-fungible tokens onto its apps to rolling out virtual clothing stores, it has spent the year innovating, even though the year has been up-and-down economically. Here are three stories Rarity Sniper has covered involving Meta and Web3.

Two weeks ago, Meta expanded its NFT integration in Instagram to more than 100 countries. Now, users of the popular social media platform around the world will be able to upload and show off their digital collectibles.

Two months ago, the company announced that it had opened a metaverse clothing store so users could dress their avatars in the style they wanted. Although Meta initially partnered with just three clothing lines, there are plans to expand to more.

Seven months ago, Meta updated its avatars on its three social media platforms to make them more life-like and realistic. The re-tooling included making the avatars more disability-friendly, including some with Cochlear implants, a popular hearing aid.

Meta expanding the reach of Horizon Worlds is perhaps no surprise given its metaverse ambitions. Here at Rarity Sniper, we’ll keep our ears to the ground for further developments in the story.