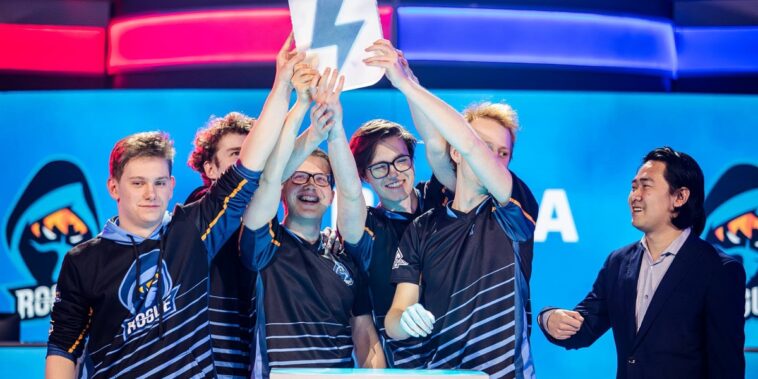 The deal — to be settled in stocks — will combine the offices of both companies and integrate ReKT Global’s esports properties into iR, including its esports team franchises, talent management, technology products, and marketing services.

ReKT is well-known for its esports teams, including the Call of Duty League team London Loyal Ravens and Team Rogue. The Rogue team has won 14 world titles and 23 major championships, according to the company’s website. With the deal, iR will also be acquiring offices in Los Angeles, Las Vegas, New York, London, Charlotte, and Berlin.

The acquisition — which looks like a big deal for esports and metaverse fans — will allow iR to expand its platform, which already consists of social, virtual, gaming, NFT minting, remote production, content, and metaverse creation.

The founder of ReKT Global said that the company is excited about the merger and that the “metaverse sector” was something they wanted to get involved in. Although he didn’t release any specific plans, he said that fans will be “really happy” with what’s coming in the next few months.

Gaming is a Huge Part of Web3

This is the first big merger we’ve seen between a metaverse builder and an esports platform. However, gaming has played a huge role in the evolution of the metaverse since the beginning, and we’re continuing to see growth in the sector week after week. In fact, according to Bloomberg research, by 2024 gaming could account for $400 billion of the metaverse sector’s revenue.

Listed below are some of the recent headlines we’ve covered at Rarity Sniper in regard to gaming and Web3:

Even as gamers criticize Web3 and non-fungible tokens for several reasons, including the environmental effects and for over-incentivizing play-to-earn games, there is still a huge push into Web3 from gaming companies — as evident from the millions of dollars being invested in the space.

We’ll have to wait and see what Infinite Reality has in store for esports fans, but the acquisition reveals another major player in gaming is all in on Web3.