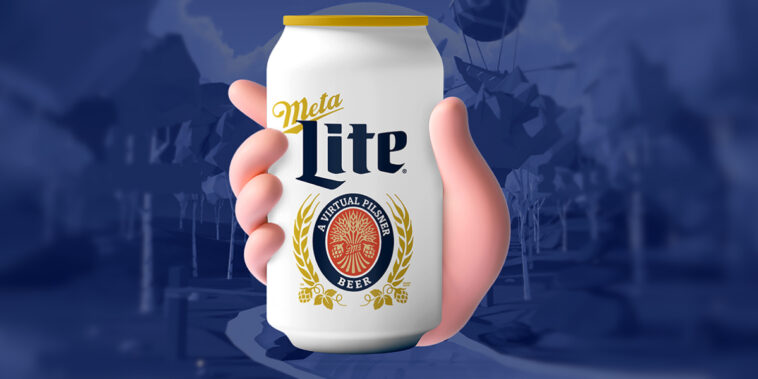 Miller Lite opened a virtual bar this past Monday in Decentraland, creating an opportunity for NFL fans to gather together to watch the United State’s biggest sporting event in a digital world.

The “Meta Lite Bar” resembles a traditional tavern. It has all the popular bar games — a pool table, dartboard, photo booth, and vintage jukebox. Decentraland users will be able to enjoy virtual Pilsners and perform on an open mic.

The Meta Lite Bar fulfills two purposes: It cements Miller Lite’s venture into Web 3.0, possibly gaining fans within the community, and circumvents an advertising block during the Super Bowl. Because competitor Anheuser Busch is the official beer sponsor of the NFL, the football league prohibits Miller Lite’s parent company from running ads during the Big Game.

Only in the Meta Lite Bar will patrons have the opportunity to watch the Miller Lite Super Bowl advertising video.

The company is doing more than a press release and general publicity to spark interest in the bar. Every day leading up to the Super Bowl, 10 Decentraland users who visit the bar will have the chance of winning $500 cash (not cryptocurrency) to spend in however way they like.

According to one Miller Lite employee, the giveaway encourages people to still gather in person and watch the Super Bowl. The money is intended for party materials such as beer and food for family and friends.

Screenshots of the bar show a dimly lit outside with ornate neon signs for “Miller,” “Lite,” and “Bar.” The inside is equally dark, a staple in taverns, and has strings of yellow, blue, and white lights hanging from the ceiling. There are several bar stools with the Miller Lite logo etched onto their seats and a blonde-haired avatar behind the bar.

Digital Super Bowl Viewing May Appeal to Some Fans

While the Super Bowl is generally an in-person party holiday, the Meta Lite Bar might be popular with groups of people separated by distance who want to get together in some fashion to celebrate the game.

Though we have not reached Ready Player One status yet, where a beer ordered in the metaverse means one is delivered to your door, people may enjoy the camaraderie of drinking virtual pilsners and chatting it up with other Decentraland users.

There is no word on the hours of the virtual pub or if it closes at all. Super Bowl Sunday is the 13th of February and expects to feature several Web 3.0 references, including the NounsDAO glasses and a possible sighting of the Bored Ape Yacht Club.