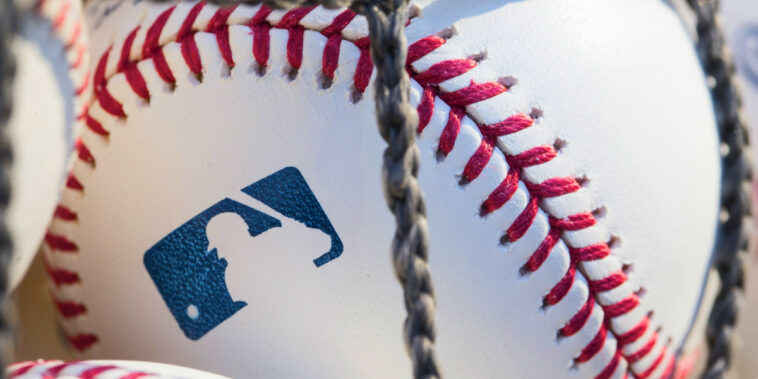 The NFT soccer platform Sorare is taking its first “swing” at creating a fantasy baseball game.

According to a recent tweet, Major League Baseball is working with Sorare on an NFT-based fantasy baseball title. There aren’t details on this game’s name or an official release date, but most reports suggest it should go live this summer.

Like Sorare’s fantasy soccer competition, its new MLB game will feature NFT trading cards corresponding to IRL athletes. If the baseball players in a Sorare user’s NFT team do well in live matches, gamers have a better chance of winning the fantasy tournament.

However, it doesn’t appear the MLB Sorare game will feature cryptocurrency prizes. Unlike Sorare’s Europe-focused soccer game, the MLB game will only award players with more desirable NFTs. All of Sorare’s MLB NFTs will be on the Ethereum blockchain.

To start, Sorare’s MLB NFT game will be available on desktop settings, but it has plans to expand to a mobile app later this year. Anyone who signs up for this game will get a free set of lower-tier MLB NFTs to start playing. Sorare also says there will be an in-game NFT marketplace where players could swap their NFTs for cash.

News of the MLB’s deal with Sorare comes one month after the league announced it would continue its NFT partnership with the platform Candy Digital. As Rarity Sniper recently reported, MLB has been releasing MLB ICON Leadoff NFTs on Candy throughout the 2022 season.

Within just a few years, Sorare has managed to become one of the most successful pro sports platforms, with roughly 1.5 million users in about 180 countries. Even without its MLB partnership, the Sorare platform has a market cap of about $4 billion.

It’s not unheard of for diehard soccer fans to splurge on valuable Sorare NFTs. Indeed, Sorare NFTs with superstar athletes like Cristiano Ronaldo and Kevin De Bruyne have sold for over $150,000 each.

To expand on its European success, the French-based Sorare team opened its first headquarters in New York earlier this year. Sorare also announced its first American pro sports partnership when it closed a deal with Major League Soccer.

When Sorare revealed its MLS partnership, it hinted it was exploring non-soccer-related opportunities in the US market. However, it wasn’t until recently that we learned about Sorare’s involvement with pro baseball.

Considering baseball NFTs with players like Lou Gehrig and Mickey Mantle have sold for hundreds of thousands, there’s clearly a demand for digital MLB-related memorabilia. Since Sorare has a proven track record in the fantasy sports niche, it’s in a competitive position to capitalize on the rise in MLB NFTs.