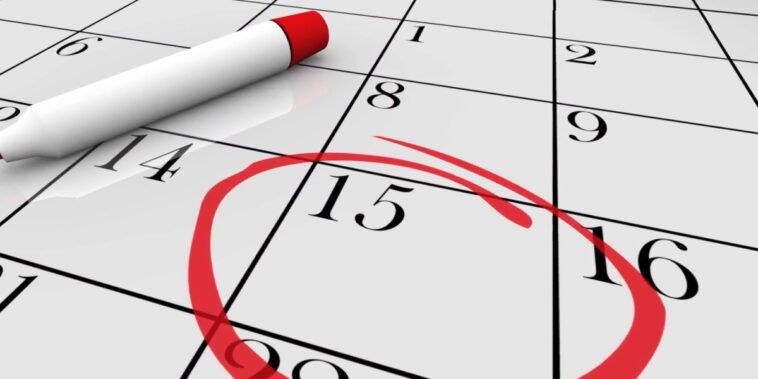 You may have heard of the term while browsing posts on Twitter, lingering in your Discord group, or listening to a message from your favorite artist. It is the key, according to some, to buy NFTs early from a collection. But the term might have raised some questions:

If you’re unfamiliar with the term or looking to broaden your NFT knowledge, you’ve come to the right place. This article will cover all those questions and many more, providing you with all the information you need to identify the correct NFT drops before they happen.

Let’s start with the most basic question: What is an NFT drop?

What is an NFT drop?

To get the first clear definition of an “NFT drop,” we must look at a similar phrase: the “limited edition drop.” These drops are common for various merchandise, such as clothing, gaming, and specialty electronics. They are successful because they tap into a mixture of FOMO (fear of missing out) and hype. News about them often spread through word of mouth.

Take a hypothetical example: the streetwear clothing brand Supreme decides to release a line of limited edition clothing at a set price for just one day. People line up at stores the morning before to get their hands on the merchandise. Because there are more buyers than articles of clothing, the merchandise sells out quickly, and the owners have bragging rights that they own the line of limited edition clothing.

NFT drops work similarly, both in terms of mechanics and marketing. They usually:

There are plusses to this type of format, including predictability, fair distribution, and transparency. These plusses help increase buyer confidence that they are getting something of value for their hard-earned money.

Now, let’s jump to the next section: What are the different kinds of NFT drops?

What are the different kinds of NFT drops?

Although NFT drops generally follow the same format, there are some slight differences depending on the type of NFT you’re minting or the pricing strategies of the team. Here, we’ll cover five different types of NFT drops, starting with the one we’ve already glanced over:

Set price: This NFT drop involves a set price, a start time, and a fixed number of NFTs for sale. Usually, the team puts the price in Ethereum, Solana, or another crypto. Sometimes, for larger providers, the team will list the price in fiat currency. Although there is a start time for the drop, there usually isn’t an end time, and users can purchase the NFTs until they are sold out.

Open edition: This drop often occurs with NFT artwork. Here, there is a set price, a start and end time, and no limit to the number of NFTs users can mint. For this type of mint, the digital artist is generally popular and will set a lower price for this NFT than their other works. Because there is a window for purchasing, there can be a rush on the NFTs, and there’s no telling how many ultimately will get sold.

English auction: The most common auction format where people will bid on an NFT until the highest bid wins. In the case of this drop, there is usually a start time and end time, along with a “reserve bid,” which is similar to the minimum price a user can buy the NFT. This format is also prevalent on NFT art platforms, where 1/1 NFTs sometimes have a high final bid price.

Dutch auction: A lesser-known auction format where the price decreases for every elapsed period that there are no bids. An NFT might start at a 3 ETH price, then reduce 0.5 ETH for every hour that no one has bid. Sometimes, the team will create a “reserve bid” by placing a floor on the Dutch auction rather than letting the price decrease forever. Many in the NFT community view Dutch auctions as bad practice because they can take advantage of FOMO.

Stealth drop: Stealth drops are similar to the “set price” drop. There is a set price, a start time, and a limited number of NFTs for sale. The big difference is that the team does not advertise a stealth drop ahead of time. It simply creates the website, has it go live, and waits. One of the most prominent examples of a stealth drop is Gremplin’s CrypToadz collection. Very few people knew about it beforehand, which led to a slow but successful minting process.

Now, let’s head to the next section: What do you need to participate in an NFT drop?

What do you need to participate in an NFT drop?

Now that you know the basics of an NFT drop and the different types, you might wonder, “What do I need to participate in an NFT drop?” And the good news is that the requirements are simple. You’ll need four separate things: a Web3 wallet, currency, a computer, and an internet connection.

First, the Web3 wallet. Because NFTs are assets, you’ll need a way to store them. Like you would keep cash in a billfold wallet or purse, you put NFTs (the digital tokens) in Web3 wallets. These wallets often correspond to specific blockchains. For instance, the MetaMask wallet serves the Ethereum blockchain, while the Phantom Wallet serves the Solana blockchain.

For more information about the top NFT wallets, visit our article here.

For independent NFT drops, you’ll almost always pay in cryptocurrency. But some proprietary marketplace drops are different. For them, you can often pay for the NFT using a debit or credit card. In this case, you’d link your card to the marketplace and then pay for the NFT with it at checkout, using cash.

Third, the technical requirements needed to participate in an NFT drop. The two most notable are a computer and an internet connection. Because you’ll be interacting with a blockchain during the drop, having both is required for participating, regardless if you’re taking part in an independent NFT drop or one on a proprietary marketplace.

How do you find NFT drops?

The next step to participating in an NFT drop is finding one. And fortunately, there are many sources where you can find exciting NFT drops from dynamic projects. In this section, we’ll cover four.

The first place to find an NFT drop is through an NFT Drops Calendar. Many different websites host these, which work by having project creators submit their drops to a list. There, you can find pertinent details on upcoming drops like the NFT drop’s blockchain, the set price, the date and time, and the project’s links, such as its website and Discord. As an example, check out Rarity Sniper’s NFT Drops Calendar.

The second place to locate an NFT drop is through social media. Instagram, Facebook, and YouTube all have ads or posts from projects that are hosting NFT drops.

Probably the best social media channel to find a drop is Twitter, the unofficial home of the NFT community. There, you can discover allowlist opportunities, dates from drops, how much a drop will cost, and more. Plus, the accounts often post pictures of their art before a drop, giving you a sneak peek of the pieces.

If you’ve learned about Web3, you’ve probably heard about Discord. It is the unofficial chatting hub of NFT projects. That’s what makes it our third choice to find an NFT drop. There, you can find official links to the drop site, the date and time of mint, the blockchain, and more.

Team announcements are available for perusal and can give you more information. There are additional allowlist opportunities sometimes in the team’s official Discord channels, and it’s a chance to check out the project’s community, which often determines the project’s long-term success or short-term disaster.

Finally, you can learn about NFT drops by simply checking out different project websites. There, you can find all the pertinent details like blockchain, the date and time of mint, and the price per NFT. In addition, you can also see the project’s roadmap, the team’s long-term ambitions, and whether they promise any of the mint proceeds to charity.

However, this method should be used in conjunction with others, as it is easy to fall prey to a fake website scam. We’ll cover avoiding these in the next section.

Those are the four most widely used methods for finding NFT drops. There are others, such as being a part of an alpha group, that require a little bit more legwork and time in the community. Now, about those scams.

What are some common NFT drop scams?

To avoid these types of scams, always:

Finally, it’s important to reemphasize the Dutch auction format, which some in the NFT community see as a red flag. Teams have often used that tool to get people to spend as much money as people, often simply based on FOMO. It’s a dangerous tool that has ripped millions of dollars out of the ecosystem. It’s not an automatic disqualifier, but it should be a warning.

How do you prepare for an NFT drop?

Down to the final two sections. First, let’s look at an all-important question — “How do you prepare for an NFT drop?” We’ll break the answer into four parts, starting with a process that should take place long before drop day.

Those tips will hopefully help with a smooth minting experience and a successful drop for you. Now, for the final section: What are some general tips for buying NFTs?

What are some general tips for buying NFTs?

If you’re beginning your NFT journey, you might be surprised at the number of NFT buying options available. Moreover, you might be wondering if there are clues or tips on getting started. The following three guidelines cover some of the basics of NFT purchasing. They are not meant to be financial or investment advice. Instead, they are signposts in the wild west of NFTs.

Buy what you like. This is perhaps a good general rule for purchasing. Buy the NFTs that capture your interest in some way. It could have great artwork, interesting utility, access to a good club or community, or another perk. But the general principle remains. The opposite — buying because other people like it but you don’t — can lead to regret.

Avoid FOMO. Fear of Missing Out is a huge driver in the space, accounting for large spikes in floor prices for projects that seemingly don’t merit them. Most projects that see such quick, high rises fall, sometimes just as fast. If you give in to FOMO, you could be left, as they say, “holding the bag.”

There it is — your guide to NFT drops. If you’re starting and are a little nervous, don’t fret. Everyone starts at the same place with this Web3 technology, and it’s normal to feel intimidated at the start of your NFT journey.

One thing is for sure — nothing substitutes for practical experience. And once you have a few drops under your belt, you’ll likely feel more confident and probably already have started to carve out your place in Web3.

If you’re looking to broaden your NFT knowledge, check out our top NFT marketplaces article.

That’s it for now. Happy minting!