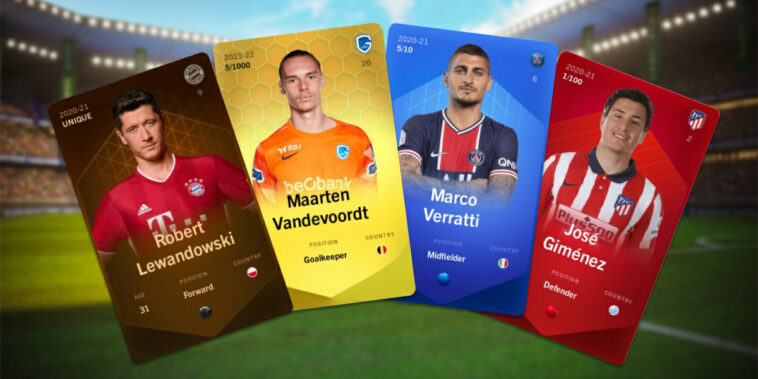 America’s Major League Soccer (MLS) signed a deal to release NFTs on the fantasy sports platform Sorare. Over the next few years, Sorare has the right to mint NFT trading cards featuring the players in MLS’s 28 clubs. Once a customer buys an MLS athlete’s NFT, they could add it to their Sorare fantasy soccer team for upcoming competitions.

MLS is the first major American league to partner with the France-based Sorare platform. Most of the athlete NFTs available on Sorare come from European teams like La Liga, Paris Saint-Germain, and Bayern Munich.

Since its founding in 2018, Sorare has grown to become one of the most popular Ethereum-based sports games. Forbes now estimates Sorare has over 1.5 million players from roughly 184 countries.

Recent funding rounds also suggest Sorare could be worth $4 billion. Some of Sorare’s trading card NFTs are amongst the most desirable pro sports digital collectibles. For instance, a one-of-one Erling Haaland NFT on Sorare recently sold for roughly $600,000.

In 2021, Sorare signaled its interest in the US soccer market when it opened its first branch in NYC. The NFT company suggested it’s interested in working with non-soccer American pro sports teams, but there are no specifics on who Sorare is talking with.

According to MLS spokespeople, the deal with Sorare fits in with their new business strategy to connect with younger soccer fans. According to recent data, the median age for an MLS fan is just under 40, much lower than the ages for NBA and NHL fans. Since NFTs primarily appeal to people in the millennial or Gen Z age brackets, the MLS feels moving into the crypto market will improve fan engagement.

MLS also wants to use Sorare’s fantasy soccer league to bring American soccer players to the forefront of the global soccer stage. Executives at MLS also mentioned using its Sorare partnership to build excitement for the 2026 FIFA World Cup in North America.

Recently, there have been many exciting developments in the NFT space for pro soccer fans. For example, Sotheby’s just announced its “LFC Heroes Club” NFT collection, which features “superhero” versions of athletes from Liverpool FC’s team. According to Sotheby’s, each of the NFTs in this collection will give fans access to special LFC events and merchandise opportunities.

A few days ago, Rarity Sniper discovered Paris Saint-Germain filed patents to protect its brand in the metaverse. Soccer-AS Monaco also appears to be jumping into the NFT game thanks to a new deal with ​​Capital Block.

English soccer fans are also looking forward to an official Premier League NFT market. According to the latest reports, the Premier League is in talks with ConsenSys to release picture NFTs. Some reports suggest Premier League may launch its video-based NFTs on Dapper Labs’ popular Flow blockchain. Whatever the Premier League decides, experts expect its NFT deal will be worth between $298 and $589 million.