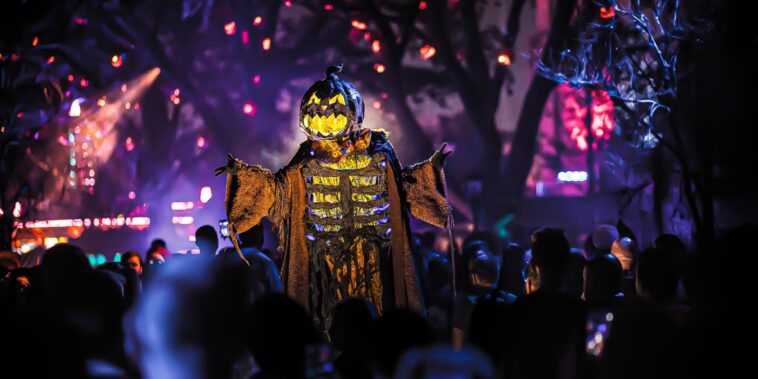 The CEO of MoonPay Ivan Soto-Wright recently opened up about the Web3 company’s collaboration with Universal Parks & Resorts. Particularly, he discussed the “Halloween Horror Nights” program, a long-running program that he used to attend with his dad “back in the day” that was designed to “scare the sh*t out of you.”

The collaboration could be one of the biggest Web3 onboarding events in history since millions of people attend Universal theme parks daily. MoonPay is taking advantage of the park’s popularity to onboard people into the world of Web3 and non-fungible tokens (NFTs) in a fast and easy way.

The collaboration was officially launched on September 15 this year when MoonPay left QR codes hidden near park attractions in Universal’s Hollywood and Orlando locations. After scanning the codes, attendees receive a free NFT of character art associated with the Halloween Horror Nights program. If someone collects all the codes in the park, they win an exclusive NFT gold medal.

According to Soto-Wright, the scavenger hunt will run for a month and a half and could be the “largest ever POAP—proof of attendance” NFT drop in history. He said the drop could see up to seven million NFTs minted through the HyperMint platform, its native platform that facilitates high-speed minting of NFTs in a user-friendly way.

To receive an NFT, for example, all a user needs to do is attend the park, find a code, and scan it. Unlike most forms of collecting NFTs, there’s no need to purchase cryptocurrency or download a crypto wallet. This usability factor has been critical to MoonPay’s success thus far in Web3 and crypto. Let’s take a deeper look.

MoonPay Has Been Busy Building in Web3

While investors, NFT “snipers,” and people speculating on cryptocurrency tend to get quiet during bear markets, companies like MoonPay appear to be focusing energy on building for the future. At Rarity Sniper, we’ve covered several articles about the crypto payment solutions and NFT concierge service company’s moves and innovations in Web3. Here are a few headlines from this year.

About seven months ago, MoonPay spent 569 ETH, or nearly $1.5 million at the time, on a rare Ape from the Bored Ape Yacht Club NFT collection. Bored Ape #1837 features elite gold fur and “eye-popping” traits, and was bought from CEO of Chain Protocol’s CEO Deepak Thapliyal.

In January, MoonPay announced its new NFT Checkout feature built for creators, brands, and marketplaces that want to give users easy access to non-fungible tokens. Now users can buy and sell NFTs on the platform without needing to first acquire cryptocurrency.

Lastly, this summer at NFT.NYC, MoonPay announced it was launching its NFT platform HyperMint. The debut came with partnerships including Fox Entertainment, Universal Pictures, and Snoop Dogg’s Death Row Records. HyperMint was created to let large-scale companies mass-produce NFTs — a process that is being tested at Universal’s Halloween Horror Nights.

Competition in Web3 appears to be heating up even as the crypto winter continues. We’ll have to wait to see if the Halloween Horror Nights drop from MoonPay and Universal will be as successful as both companies hope. But one thing is certain: no one can accuse MoonPay of being complacent during the downturn in the market.