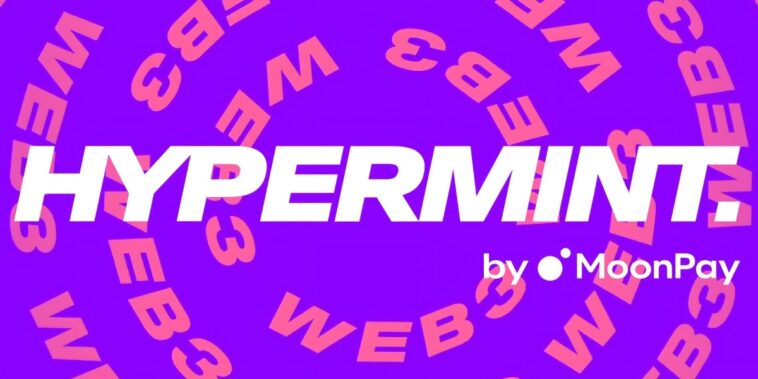 Soto-Wright told CNBC that the promise of non-fungible tokens goes beyond collecting and extends to utility. The new NFT platform will help the NFT space transition between collecting and utility and offer companies “enterprise-grade tooling.”

The CEO billed HyperMint as an opportunity for large-scale companies to mass-produce non-fungible tokens. Whereas most NFT teams are constrained to producing just thousands of tokens and over the course of several weeks or months, HyperMint will allow for the production of hundreds of millions of NFTs per day.

As other publications have noted, this functionality is ideal for companies with decades-worth of intellectual property, such as Fox Entertainment and Universal Pictures. With the new offering from HyperMint, these companies could produce millions of NFTs per day, which would allow them to reach a larger audience quicker.

In this case, HyperMint falls under the mission of MoonPay, which operates a suite of “crypto-as-a-service” products that benefit Web3 infrastructure. As of now, there is no announced timetable for the release of the new NFT platform or what the first NFT collections will be. According to Soto-Wright, the marketplace will support three blockchains at launch, including Ethereum and Solana.

2022 Has Been the Year of New NFT Marketplaces

While non-fungible tokens had a tremendous year in 2021, crossing $25 billion in sales, just a few NFT marketplaces dominated the space. Fast forward nearly seven months into 2022 and new marketplaces have sprouted up almost every month. Here are three examples.

GameStop announced its plans for a gaming NFT marketplace months back and recently launched in the marketplace in beta mode. The market uses an L2 scaling solution on Ethereum to allow for fast, cheap transactions. Although gamers have been unhappy with their favorite companies incorporating NFTs, this opposition hasn’t stopped GameStop from moving forward.

LooksRare, one of our top places to buy an NFT, is second on our list. It uses cryptocurrency rewards to entice NFT enthusiasts to buy, sell, and list NFTs on its platform. The marketplace is very young, just a few months old, but it has gained traction within the NFT community for reliable customer service and innovative bidding options.

X2Y2, a Rarity Sniper partner, also launched in 2022. Like LooksRare, it used a vampire attack on OpenSea to gain people’s interest. It also has a native token and offers NFT traders a handful of rewards for using its platform.

Time will tell how MoonPay’s new NFT platform HyperMint does, but given the company’s success so far in Web3, it wouldn’t pay to bet against it.