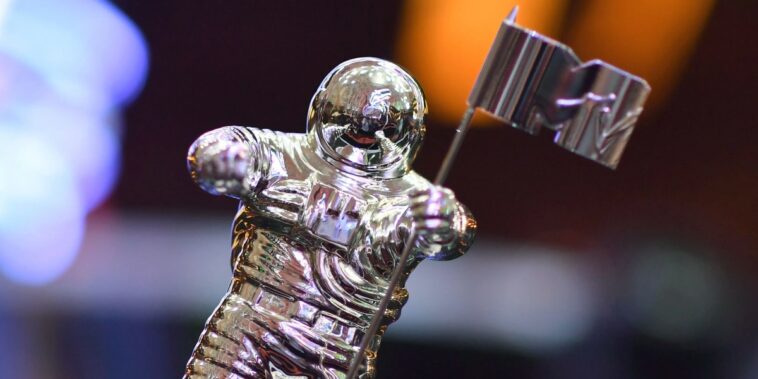 The MTV Video Music Awards just made a big announcement: They are adding a new category this year for “Best Metaverse Performance.”

Nominees for the debut of the new category consist of several artists who have performed at virtual events in the metaverse, including Justin Bieber, Charli XCX, Twenty-One Pilots, BLACKPINK, BTS, and Ariana Grande.

MTV said that they made the move to include the category after noticing that several artists were starting to have shows, create videos, and interact in virtual spaces like The Sandbox, Decentraland, and other popular metaverses. A spokesperson for MTV added that the company wished to honor artists who are finding creative ways to innovate in Web3 and metaverse spaces.

Besides the new category for Best Metaverse Performance, MTV is also adding a “Best Longform Video” category, as well as opening up nominations to 22 gender-neutral categories for open voting from fans.

The MTV Video Music Awards are expected to air live on August 28, 2022, from the Prudential Center in New Jersey.

Musicians Are Flocking to the Metaverse

The news of MTV’s new category should be unsurprising to fans who follow metaverse and NFT news. Many musicians have been all-in on Web3 technologies all year, and not just the names nominated by MTV for Best Metaverse Performance.

Listed below are some of our top headlines about musicians performing or dropping music videos in the metaverse:

One of the biggest advantages of performing in the metaverse is that fans can tune in from around the world, just as long as they have an internet connection. Through blockchain and NFT technology, musicians can also sell fans digital assets such as songs, music videos, and exclusive merchandise.

That level of accessibility and the low overhead of producing digital assets has made many musicians, perhaps most notably Steve Aoki and Snoop Dogg, bullish on all things Web3. Now that musicians will have the chance to be recognized by MTV for their virtual performances, we expect many more talented stars will enter the space.