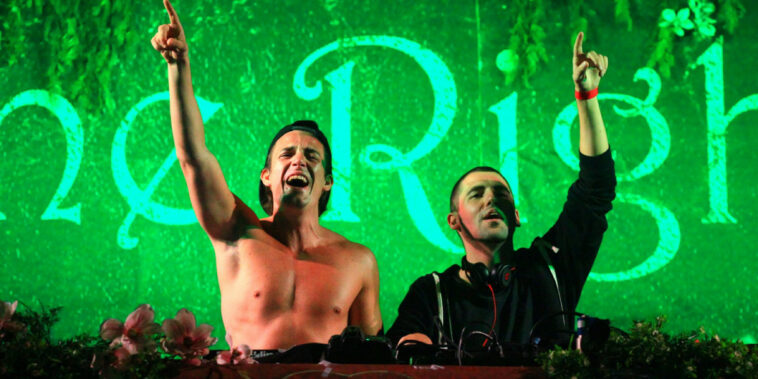 Star DJs Dimitri & Like Mike are headlining the Hypetype metaverse concert, produced in Thailand for a global audience. The show, which will take place over six hours from August 13th to 14th, will feature other star music acts, including K-Pop’s BamBam.

Observers expect strong musical performances along with world-class animations. Different ticket packages are available for viewers, ranging from standard festival access to a completely immersive virtual reality experience. The lower-end tickets are priced at $40, while the most expensive tickets are listed at $167.

According to MGR Online, part of the reason the concert will take place in the metaverse is COVID-19, which has ailed concert goers and event organizers for the better part of two years. As cited by other organizers of virtual concerts, the digital format makes attending slightly safer for music fans. There is no need for social distancing rules or the wearing of masks.

The Hypetype concert isn’t Dimitri & Like Mike’s first virtual concert. The two DJs were involved with the Sensorium Galaxy’s Prism World (a virtual music experience). Dimitri & Like Mike worked with cutting-edge technology to create life-like avatars for that series of events. The DJs said that the events were an opportunity to connect with fans worldwide, regardless of location.

Web3 and, in particular, metaverse concerts are becoming more popular amongst musicians. In the past couple of years, big-name artists like Ariana Grande and Travis Scott have taken to metaverses — shared virtual social spaces — to perform acts otherwise not possible in real life.

The reception to the concerts has been positive overall, with some believing that they are necessary during periods of pandemics and others that virtual reality allows for exciting graphics and special effects. The concerts have become so popular that even bands that are not necessarily cutting-edge are trying them.

For instance, the Foo Fighters put on a virtual concert in Horizon Venues after the Super Bowl. In the event, the band was expected to play songs they’d never played during IRL concerts, a treat for fans willing to try the new technology.

Other musicians are exploring different aspects of Web3. Bob Dylan founded an NFT marketplace that will cater to music NFTs, Warner Music Group is partnering with Splinterlands to help musicians make arcade games, and Kings of Leon released an entire album as an NFT.

Although time will tell how these trends play out, there’s no mistaking that the concepts in Web3 and the metaverse are gaining momentum.