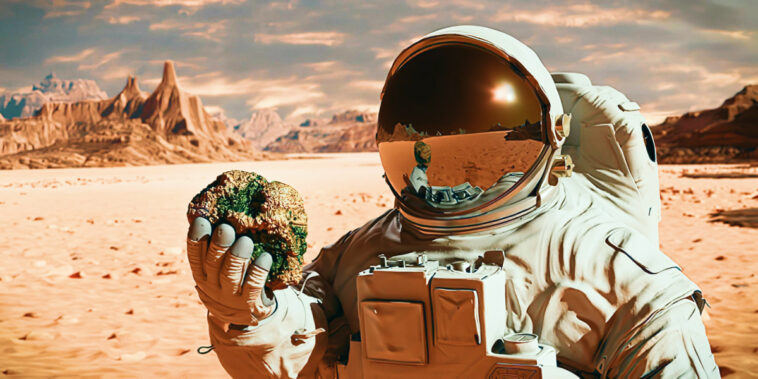 NASA is bringing Mars exploration to the metaverse.

To prepare astronauts for a literal launch to the Red Planet, NASA has partnered with Epic Games to create a Mars metaverse experience. This new virtual reality simulation will use XR tech from Buendea plus Epic Games’ 3D software Unreal Engine 5.

This new “Mars metaverse” is a part of NASA’s ongoing MarsXR Challenge. From now till July 26th, interested developers could create test scenarios on the platform HeroX. These submissions must fit into one of NASA’s approved categories, which includes:

NASA says it will award a total of $70,000 in its MarsXR Challenge. Each of the above categories will be eligible for four rewards, and NASA will give $6,000 for the simulation it deems the most extraordinary.

Interested contestants could submit more than one VR scenario in as many categories as they want. As long as each simulation is unique and meets NASA’s criteria, developers could win multiple awards.

Anyone who wants to enter NASA’s MarsXR Challenge could find more information on its official HeroX page.

Web3 is a contentious issue amongst gamers. In the past few years, major companies like EA and Ubisoft have walked back NFT or metaverse-related projects after facing criticism from the gaming community.

However, there are plenty of video game brands that see great potential in the future of Web3. Indeed, shortly before revealing its new Mars simulation with NASA, Epic Games raised $2 billion for metaverse endeavors. Interestingly, Sony was behind $1 billion in this latest funding round.

More recently, the gaming giant Square Enix made headlines when it sold the legendary Tomb Raider franchise for $300 million. According to Square Enix executives, the Tokyo-based company wants to use this money to invest in Web3-related technology, including VR and NFTs.

SEGA is yet another Japanese gaming company that’s bullish on using Web3 innovations in video games. Recently, Rarity Sniper reported on an upcoming “Super Game” that will include classic SEGA titles with new features like NFTs.

Microsoft also suggested its recent purchase of Activision/Blizzard was partially motivated by the metaverse. In fact, Microsoft’s CEO Satya Nadella said the Activision acquisition will “provide building blocks for the metaverse.”

Although Web3 remains a hot button issue in the gaming community, many big video game brands are betting big on the blockchain.