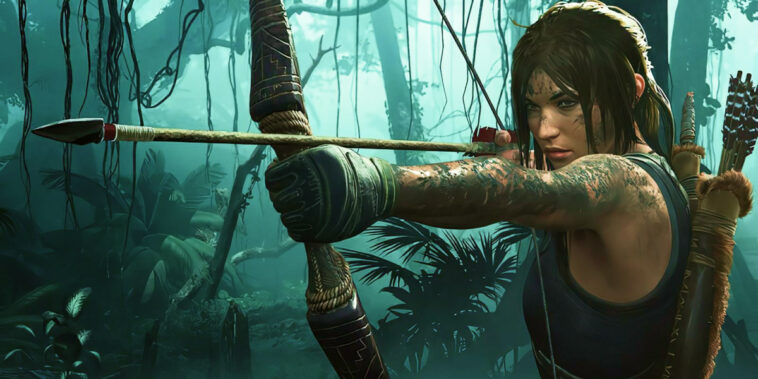 The deal also comes with the intellectual property of three other game series, Legacy of Kain, Thief, and Deux Ex. The company said it was selling these assets to trim costs and invest in new technologies like non-fungible tokens (NFTs) blockchain, AI, and the cloud.

On Monday, Square Enix said it would be offloading three game development studios: Eidos Interactive, Square Enix Montreal, and Crystal Dynamics — along with the IP of the above-mentioned games.

Tomb Raider is one of the most known video game franchises of all time and has sold nearly 90 million copies to date. Other popular games still owned by Enix include Final Fantasy, Dragon Quest, and Kingdom Hearts games.

The move to up spending in the crypto and blockchain sectors led to some backlash on social media, as could be expected. Fans claimed the company was “selling out,” and one user equated the deal to selling a real house for “magic beans.”

Gamers have traditionally been skeptical of NFTs and play-to-earn games, saying they incentivize gamers monetarily but often add little or nothing to the actual gameplay. Others see NFTs in gaming as little more than environmentally harmful cash grabs.

Despite the haters, the deal is expected to be approved and finalized by the end of September.

Gaming Moves Forward in the Metaverse

Gaming developers have been investing in NFTs and the metaverse at high rates, and it doesn’t look like the momentum is slowing down anytime soon. Below are just a few of our recent headlines related to gaming, NFTs, the metaverse, Web3, and blockchain technology:

Although Embracer is not a household name in gaming yet, recent moves to buy up a slew of major studios including Gearbox and Koch Media make it poised to be a major player in the gaming space for years to come.

How exactly Square Enix will invest funds from the sale remains unknown. But according to the head of games research, Piers Harding-Rolls, the sale will enable the company to appeal to shareholders by re-building a “leaner organization” while refocusing on investments.

Presumably, those investments will be in Web3, NFTs, and metaverse spaces. We’ll be keeping our eye on Square Enix for upcoming announcements or investments in these nascent technologies and digital spaces.