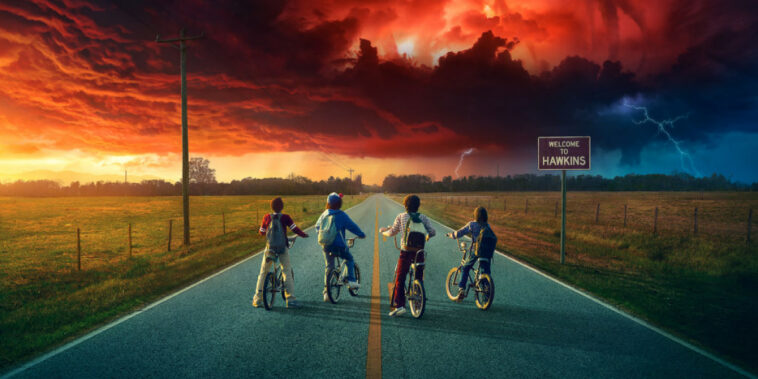 As fans await the May 27th premiere of “Stranger Things” Season 4, they may have the chance to win NFTs related to the hit Netflix horror series.

While it’s unclear whether Netflix will release “Stranger Things” NFTs, there’s no doubt the company is working with Candy Digital. NFT fans may already know Candy Digital is the official platform for MLB NFTs.

While these details suggest that “Stranger Things” NFTs are in development, Netflix hasn’t released further info about this project. People interested in “Stranger Things” digital collectibles should sign up for email notifications for the latest official news.

Although Netflix hasn’t been the biggest adopter of Web3, news of “Stranger Things” NFTs wouldn’t be too surprising. Those who frequently watch Netflix may remember the company launched an NFT-focused campaign for the art heist documentary “This Is A Robbery.”

Before this series aired in 2021, Netflix partnered with 13 NFT influencers on Clubhouse to mint NFTs related to the IRL paintings stolen in “This Is A Robbery.” Each artist posted their NFT on the site thisisarobbery.gallery for auction before the docuseries aired.

But Netflix isn’t the only streaming provider using NFTs to generate a buzz. For example, Warner Bros. released 10K NFT avatars on Nifty’s ahead of its “Matrix 4” launch. Warner Bros. also released a successful collection of “Space Jam: A New Legacy” NFTs on Nifty’s last year.

Rarity Sniper recently discovered Paramount is developing an NFT-based metaverse game for the iconic “Star Trek” franchise. Interestingly, the demand for Paramount’s first “Star Trek” spaceship NFTs was so high that they sold out within minutes.

Even the Walt Disney Company has expressed interest in NFTs and metaverse technologies. Disney has already released dozens of licensed NFTs on the popular NFT app VeVe. Plus, Disney’s former CEO Bob Iger has a partnership with the avatar company Genies.

These developments strongly suggest streaming fans will have plenty of ways to use NFTs to connect with their favorite shows.