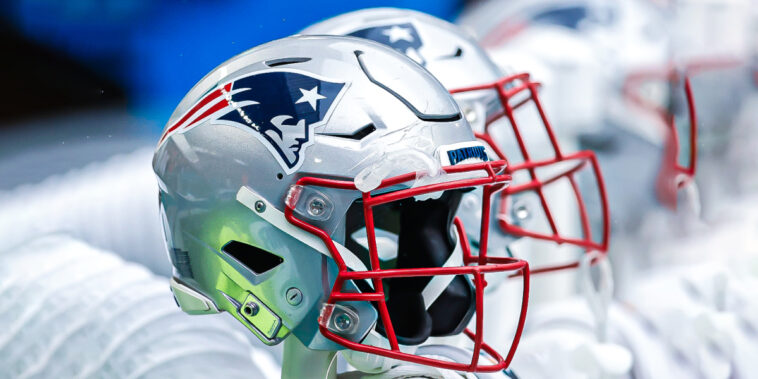 Web3 Company Chain, best known in 2022 for its partnership with Tiffany for its NFTiff drop, has signed a four-year deal to become the official blockchain partner of Kraft Sports + Entertainment, the parent company of the New England Patriots.

With the four-year deal, Chain becomes the second major company to sign a partnership with a National Football League franchise. Blockchain.com signed an agreement with the Dallas Cowboys in April of this year.

Deepak Thapliyal, the CEO of Chain, said the team “is excited” to bring cutting-edge Web3 experiences to the fans of the Kraft Sports + Entertainment teams. He added that Chain is proud to envision the future of Web3 for Gillete Stadium.

Thapliyal’s actions Thursday underscored the new agreement. He purchased the ENS domain “patriots.eth” for 75 ETH or roughly $99,000, possibly preparing it for future use. ENS domains are written-out Ethereum addresses that take the place of unwieldly Ethereum addresses in transactions. They have been a leading tradeable asset in the crypto bear market.

Murray Kohl, president of sales for Kraft Sports + Entertainment, said the company looks forward to innovating within Web3 in the same way it has done so for other technologies in the past.

Ever since NBA Top Shot launched in 2020, sports leagues have taken to Web3. Seeing it as a new way to connect with fans, they’ve launched marketplaces, formed partnerships, and released NFTs collections. The NFL is no exception. Here are three stories involving the National Football League and Web3.

Two months ago, the NFL announced it would expand its ticket stub NFT program for the upcoming season. The ticket stub program, which provided digital collectible “tickets” as memorabilia in place of actual tickets, covered all games in Week 1 and will cover various games throughout the season.

Four months ago, the NFL revealed it had partnered with Mythical Games to create an NFT fantasy football game. The game, titled “NFL Rivals,” will allow players to earn IRL and virtual prizes. There’s no word whether it will feature crypto rewards, however.

Eight months ago, the NFL shared that it was creating a new Web3 position called “Senior Manager, Content Partnerships.” The position had several Web3 responsibilities, including identifying opportunities in emerging technological sectors like the metaverse and NFTs.

Chain and Kraft Sports + Entertainment’s partnership is big news, as it shows more teams are willing to venture into Web3 waters. Here at Rarity Sniper, we’ll be keeping our ear to the ground for further developments in the story.