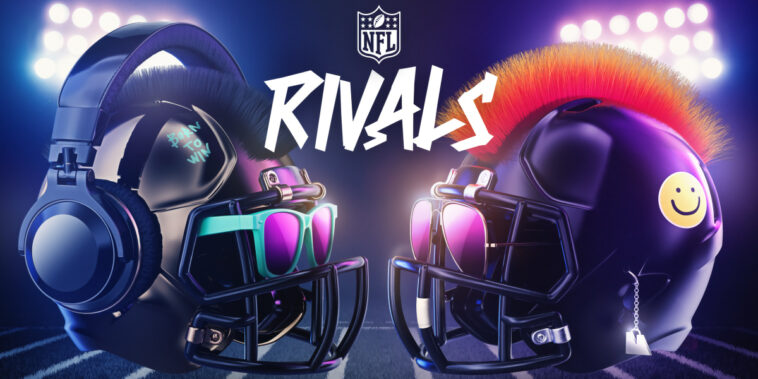 On May 25th, the National Football League closed a deal with Mythical Games to create an NFT-based fantasy football game. Called “NFL Rivals,” this new title will let players create and manage a football team with NFTs to compete for prizes.

Mythical Games hasn’t set an official release date for “NFL Rivals,” but the company expects it to be ready in early 2023. The NFL also plans to release 32 3D NFTs before “NFL Rivals” launches. These NFTs will likely come with exclusive in-game perks.

Initial reports suggest “NFL Rivals” players could win virtual or IRL prizes, including tickets to VIP events. However, there’s no news on whether “NFL Rivals” will feature cash or crypto rewards.

Interestingly, the NFL put out a job opening a few months ago for a “senior manager” who was familiar with “crypto projects,” “NFTs,” and “gaming.” It’s unclear whether this job position had anything to do with the recent news of “NFL Rivals.”

Fantasy Sports NFTs are on Fire

Before Mythical Games announced “NFL Rivals,” the company Sorare didn’t have much competition in the NFT fantasy sports niche. Arguably, Sorare’s massive success with its soccer NFT game may have prompted the NFL to give NFT gaming a shot.

As Rarity Sniper reported, Sorare now has about 1.5 million active users on its signature NFT fantasy soccer game. Most financial experts estimate Sorare now has a market cap in the $4 billion range.

In 2022, Sorare made significant moves to bring its NFT fantasy model to the US market. Some commentators speculated Sorare might work on an NFT game with a prominent American sports league like the NFL.

A few weeks ago, Sorare cleared up these speculations when it announced a deal with Major League Baseball. Like Sorare’s soccer title, this new baseball game will let players create a team with NFTs representing different athletes in the MLB. How athletes perform in actual games will determine how a Sorare player’s team fares.

It’s unknown whether “NFL Rivals” will mimic Sorare’s soccer and MLB games, but Sorare’s platform will likely have an influence. At the very least, it’s safe to say other pro leagues are keeping a close eye on the developments in NFT fantasy sports.