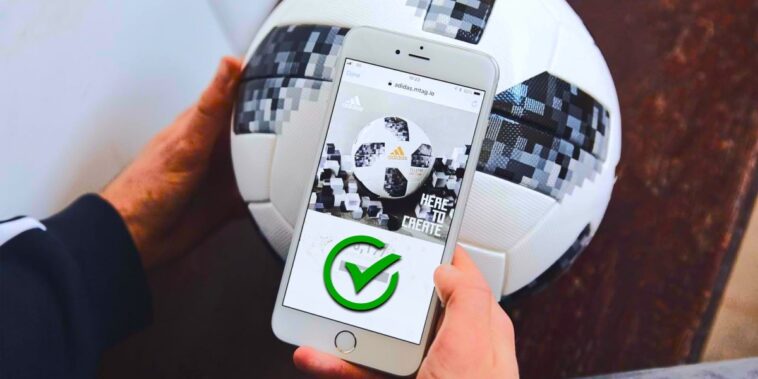 Ixkio, a company that specializes in NPC tags for luxury brands, has released a new feature: NFT authentication. With the update, companies that choose ixhio’s “Flex Alpha” plan will be able to offer their customers the ability to verify their physical and virtual goods in one scan. Doing so will help prevent counterfeiting, which is rampant in the luxury brand space.

The innovation will likely help companies that specialize in producing physical goods with a digital twin, a term that refers to a digital replica of a physical object. Many luxury brands have experimented with this technology, including Dolce & Gabbana in its NFT collection created in partnership with UNXD.

Some examples of digital twins that link to real-world objects include clothing and shoes, which users can wear both IRL and on their metaverse avatars. Ixkio’s technology works by supplying real-world objects with a unique code. When scanned, the code takes users to ixkio’s servers, verifying that the object is what it purports to be and linking to the digital twin of that item.

Users can manipulate the NFT’s data through a web interface or, for larger projects, directly through the platform’s API. The linking of luxury goods to their NFT digital twins is an interesting development. While various companies have discussed the concept of digital twins in Web3 before, they usually do so in the context of the industrial metaverse.

Although ixkio just announced the development of this technology recently, there are many companies that may take interest in it, especially those that create real-life goods for NFT holders or do “double-drops”: an NFT with an accompanying IRL good. This list includes RTFKT, a native Web3 company which Nike acquired last year, who launched a Web3 shoe last week.

Although we spend most of our time writing about NFTs, the industrial metaverse and digital twins has occupied more of our news coverage in recent months. That’s probably because of their benefits for large companies looking to streamline their processes. Here are three stories we’ve covered in recent months about those topics.

Lastly, five months ago, Siemens and NVIDIA partnered to launch an industrial metaverse. The metaverse, which combines a Siemens product with one of NVIDIA’s, uses digital twins and artificial intelligence to give companies more confidence over a product’s lifecycle.

Ixkio’s pairing of NFT authentication with IRL luxury goods could usher in a new era that has less counterfeiting, which is always news to the ears of prospective clients. Here at Rarity Sniper, we’ll pay close attention for further developments in the story.