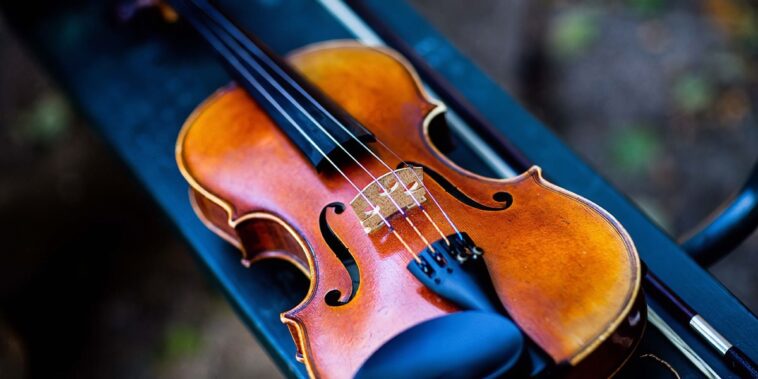 The NFT Classics Society is bringing Antonio Stradivari’s legendary violins into Web3. On June 20th, this group will launch a tiered NFT collection that pays homage to Stradivari’s 1683 “Cobbett” violin with audio files and 3D imagery.

According to recent reports, the “Cobbett” NFT collection will have three rarity rankings: Maestro, Virtuoso, and Prodigy. Of these three, the Maestro NFT will be the rarest and only available at auction. The other NFTs will drop on the NFT market OpenSea at a fixed price.

The NFT Classics Society says it used “AI sound models” and 3D “digital images” to honor the “Cobbett” violin in its Maestro NFT. Whoever owns this digital collectible will see high-definition images of the “Cobbett” violin and hear Bach’s “Chaconne” playing in the background.

Those who purchase a Virtuoso NFT will receive one of 31 images designed by the artists Sho Jang and Sangeun Won. These art NFTs will also pay tribute to the “Cobbett” violin.

Lastly, the Prodigy NFTs will feature 3D imagery of the “Cobbett” violin. It’s expected there will be 93 distinct NFTs in the Prodigy tier.

Anyone in New York during the NYC.NFT festival will get to see these NFTs in person on June 20th. The NFT Classics Society will also share more info on the “Cobbett” NFT collection on its Twitter and Discord channels.

Most news stories about “music NFTs” center around singers and songwriters who release virtual memorabilia, tickets, or albums. However, some companies have started experimenting with bringing iconic instruments into Web3.

Interestingly, a Web3 project called Mattereum Protocol bought a Stradivarius violin to offer investors the chance to own a share of this $9M instrument. Instead of selling NFT collectibles, Mattereum allows people to buy fractional ownership of its Stradivarius using blockchain-based tokens.

Aside from classical violins, classic guitar brands have shown an interest in bringing their instruments into Web3. Last month, Rarity Sniper discovered Fender submitted NFT-related patents to the USPTO. Gibson Brands also has a few pending NFT patents for its iconic guitar models.

While Fender and Gibson gear up for an NFT launch, Japan’s ESP has already minted some of its guitar NFTs. In 2021, ESP dropped an NFT collection called “Pyrograph,” which featured digital versions of guitar models designed by Duno Muradian.

Some artists have even begun auctioning stylized instrument-themed NFTs. For example, the musician Matt Bellamy dropped an NFT of a Fender Telecaster in 2021. This guitar managed to raise $26,000 for homeless shelters in the UK.