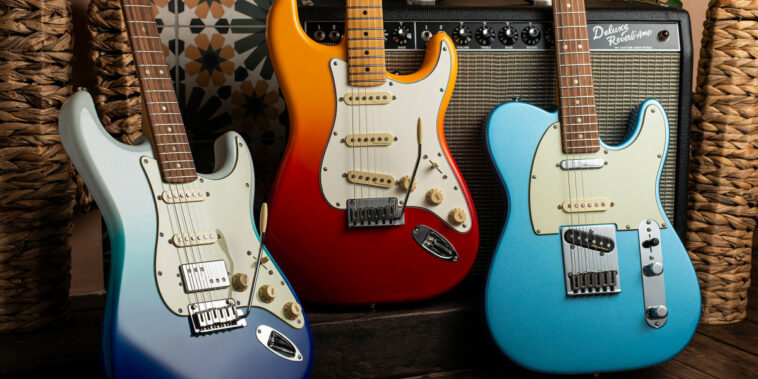 Although Fender hasn’t officially announced NFT plans, the patent filings suggest it wants ownership over its distinctive guitar head designs in digital collectibles. The company also requested protection in various multimedia NFTs, which may include the following:

Reporters at GuitarWorld note that this isn’t the first time Fender filed Web3 trademark applications for its products. Roughly one year ago, the manufacturer sought protection for its logo and its Stratocaster guitar model in the form of NFTs.

Fender’s latest patent filings come months after other guitar manufacturers have expressed interest in Web3 and NFTs. In January, Nashville’s Gibson Brands filed NFT-related patents for guitar models like the Les Paul and the Thunderbird.

Back in 2021, the Japanese guitar brand ESP took its first step into digital collectibles when it released NFTs based on its “Pyrograph” series. In partnership with the company Fanaply, ESP dropped these Pyrograph guitar NFTs for $100 per token.

The Music Industry Makes the Most of NFTs

Since the Kings of Leon released the world’s first NFT album, more people in the music industry are interested in tokenizing their art. Since NFTs are easily verifiable on the blockchain, they may provide musicians with a more reliable revenue stream via royalties.

Speaking of royalties, the Chainsmokers recently announced they would release 5,000 NFTs that grant holders partial ownership over the album So Far So Good. People who hold one of these NFTs will enjoy a tiny percentage of the streaming royalties for the Chainsmokers’ album.

Many established recording artists also believe NFTs will help them better connect with fans. In fact, the rapper Pitbull recently told CNBC he believes NFTs are positive for both fans and artists. Musicians as diverse as Snoop Dogg, Slipknot, and Billy Ray Cyrus have already used NFTs and the metaverse in recent projects.

Lastly, many famous musicians have used NFTs to raise funds for charitable causes. Interestingly, the guitarist Matt Bellamy recently sold a Fender NFT for $26,000, which he then donated to a UK-based charity for the homeless.

While it’s unknown how Fender will use its new NFT patents, it’s clear there’s a lot of demand and plenty of options in today’s music industry.