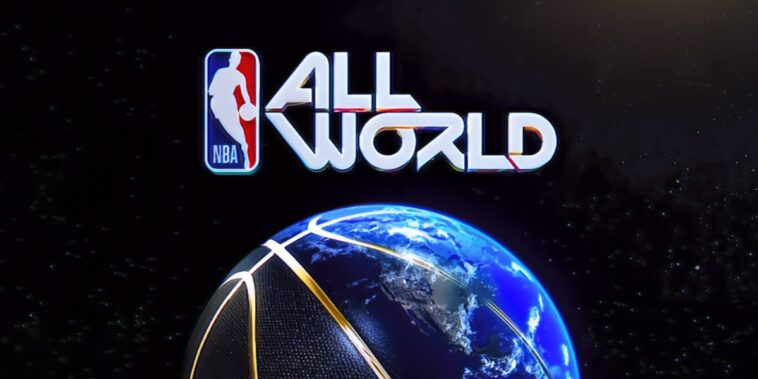 The mobile phone game will make use of Niantic’s geolocation technology to put NBA fans into a real-world metaverse NBA experience. It is free to play, and users can compete against and play with NBA hoop stars in their own neighborhoods.

Niantic builds real-world metaverses and has experience building games that foster engagement in local communities. Founded in 2010, the company is on a mission to use emerging technology to enrich our experiences as human beings in the physical world and to build products that inspire movement.

According to Niantic’s Senior Producer, Marcus Mathews, the game “empowers players to represent where they’re from.” Matt Holt, the Head of Consumer Products at the NBA, added that NBA All-World will provide fans across the world with a “captivating” and fully immersive experience. The real world, AR game will be the first of its kind for the NBA — although the league has been deep in Web3 for some time now.

Users will also be able to purchase custom NBA apparel for their avatars and be eligible for exclusive drops. There is no set release date for the game, but interested players are encouraged to register on NBAALLWorld.com to be notified when it is available in their country.

The NBA Continues to Be a Pioneer in Web3

At Rarity Sniper, we’ve covered all sorts of industries and individuals entering Web3 — from fashion, luxury cars, sports, celebrities, and more. But among this crowd, the NBA has been a pioneer for some time now.

As far back as 2019, the NBA partnered with the creators of CryptoKitties, Dapper Labs, to create NBA Top Shot, a non-fungible token (NFT) marketplace that lets users buy, sell, and trade digital cards and videos of NBA players and moments.

NBA Top Shot got the league off to a head start in the NFT space, and it hasn’t looked back since. Here are some other stories we’ve covered about the NBA in Web3:

Besides the league, several teams and players from the NBA are active in Web3, including recent NBA champion and Finals MVP Stephen Curry — who is the owner of Bored Ape Yacht Club NFT and a member of golf-themed decentralized autonomous organization Links DAO.

Time will tell if the new AR game from Niantic and the NBA will be as original and convincing as it sounds. But here at Rarity Sniper, we’ll certainly be on the lookout for news of its release.