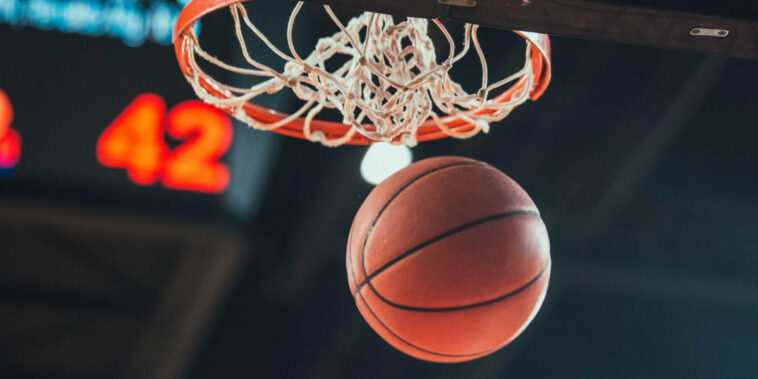 Never one to sit idly by in the ever-changing NFT landscape, the National Basketball Association has launched an 18,000 NFT collection on the Ethereum blockchain to coincide with the NBA 2022 Playoffs. It is aptly titled “The Association.”

Making up the 18,000 NFTs are 75 from each player on all 16 playoff teams. The NFTs will change in appearance depending on how the player performs in the playoffs. Points, rebounds, dunks, and forced turnovers are just four of the 15 categories that can lead to a change in the NFT’s appearance.

Minting is free and began on April 20th. Because the minting is blind and randomized, NFT holders won’t know which player they hold until the reveal on April 22nd. The NBA reserved a number of the mint spots for NBA Top Shot holders. There is a limit to one NBA “Association” NFT per wallet.

Eventually, the NFTs will be available on various Ethereum NFT marketplaces, including OpenSea. There is uncertainty as to how the dynamic nature of the NFTs could change their resale values. But the better a player performs in the playoffs, the higher worth that player’s NFT may be.

While the dynamic nature of the NFTs might be a surprise, the NBA launching an NFT collection is not. Rumors had swirled of a side collection (separate from Dapper Lab’s NBA Top Shot) after the NBA trademarked the term “The Association” for Web3 use earlier this month.

Because Dapper Labs has exclusive rights to the NBA highlights for NFT use, people widely assumed that the NFT collection would be static images unrelated to specific video clips.

Sports NFTs Have Become More Popular During the NFT Boom

Sports NFTs have continued to gain popularity throughout 2021 and 2022, the years of the NFT boom. NBA Top Shot remains one of the most recognized NFT platforms, and people credit those NBA sports collectibles for onboarding the majority of today’s NFT traders.

In Rarity Sniper’s article Top 10 NFT Companies, NBA Top Shot’s Dapper Labs and Sorare made the list. Each has raised hundreds of millions of dollars in seed funding at multi-billion dollar valuations. For observers, both companies have created products that may be the next extension of trading cards, which sports enthusiasts have collected for decades.

And they are expanding as well. Dapper Labs has taken its formula with the NBA and applied it to other sports, creating UFC Strike and NFL All Day. Sorare has set a goal to onboard as many major soccer leagues as possible.

And aside from the big companies, individual clubs and teams are diving into NFTs. Manchester City, based in the United Kingdom, has floated the idea of creating a metaverse stadium. And FC Barcelona has expressed interest in releasing NFT collections.

With interest in NFTs continuing to rise, sports NFTs are following suit. And there are no signs the industry or the niche will slow down.