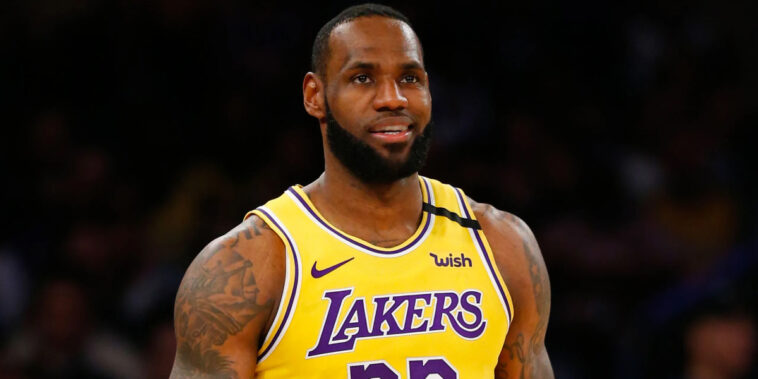 NBA Top Shot launched in October 2020 and is an NFT marketplace that lets users buy, sell, and collect “moments” in NBA history that are minted on the blockchain as NFTs. The platform has inspired other sports leagues, like the UFC, to offer NFT collections to their fans.

King James Looking for Slam Dunk in the NFT Space

Lebron James, arguably the greatest basketball player of all time and one of the most famous athletes in the world, has also filed four trademarks for NFTs and digital goods such as virtual footwear and trading cards.

James is also creating a variety of virtual experiences, some of that will give fans the chance to hoop on a virtual basketball court.

The NBA has been a pioneer in the NFT space since for years now. Besides launching its NFT marketplace NBA Top Shot with Dapper Labs in 2020, a number of players own NFTs and are outspoken about the nascent technology. This year, the NBA All-Star game saw the host city of Cleveland create a city-wide NFT gallery and the League also released 30 NFTs that doubled as VIP All-Star Game tickets.

But while the NBA has been early to the chase, several sports leagues and teams are turning to NFTs and Web 3.0 as a new way to engage with fans and sell digital collectibles.

Only time will tell how successful the NBA and Lebron James’ NFT projects will be. But if what the League and James have done so far in the NFT space is any indication, we expect it to be a slam dunk.