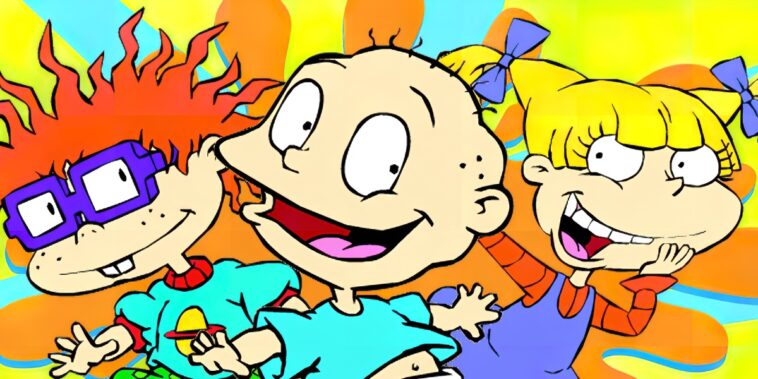 Fans of Nickelodeon and non-fungible tokens are in for a treat this July. Paramount, Nickelodeon’s parent company, is bringing Rugrats and Hey Arnold! into the world of NFTs. The activation is possible through a partnership with RECUR, a technology company that develops branded experiences. Here’s what we know so far:

The six Rugrats characters featured are Tommy, Chuckie, Angelica, Phil, Lil, and Susie. The six Hey Arnold! characters included in the drop are Arnold, Helga, Gerald, Harold, Rhonda, and one other. There is no word yet on whether the distribution of the characters will be equal or whether it will be weighted to some characters more than others.

Famous DJ and NFT collector Steve Aoki will be providing music for the occasion, drawing inspiration from the theme songs of the TV shows. Zach Bruch of RECUR said that the Nickelodeon Web3 experience will bring users down memory lane and that working on this project has made him feel nostalgia. He is thrilled that RECUR has the opportunity to bring these characters into the metaverse.

Doug Rosen of Paramount Global said that the company is excited to provide Nickelodeon fans with opportunities to collect their favorite characters. The RECUR experience will allow these enthusiasts to interact with the Rugrats and Hey Arnold! brands in an entirely new way.

While Web3 and entertainment might seem like an unlikely match, more and more big-time companies in television and film are entering the nascent space. Here are three examples of how these companies are bridging the gap between mainstream and this new technology.

First, there is Disney. The entertainment giant recently partnered with Meta to create a virtual reality Star Wars experience. In it, users played the role of different characters in a story in the genre called “action-adventure.” There were even real-world prizes available.

Second, there is Lionsgate. The company announced a month ago that it was bringing “Hellboy” to a specific part of the metaverse The Sandbox called “Action City.” The metaverse experience will involve characters and items, though the details so far have been scarce.

Third and finally, there is Mila Kunis’ Stoner Cats NFT TV series. In 2021, Kunis created the series and its NFT collection, where holders of the TV series would have access to never-before-seen parts of the series. The TV show marked a moment of innovation in the world of NFTs.

Nickelodeon’s venture into the Web3 will likely be exciting for fans of Rugrats and Hey Arnold! It is another example of how big companies use their intellectual property in the NFT space.