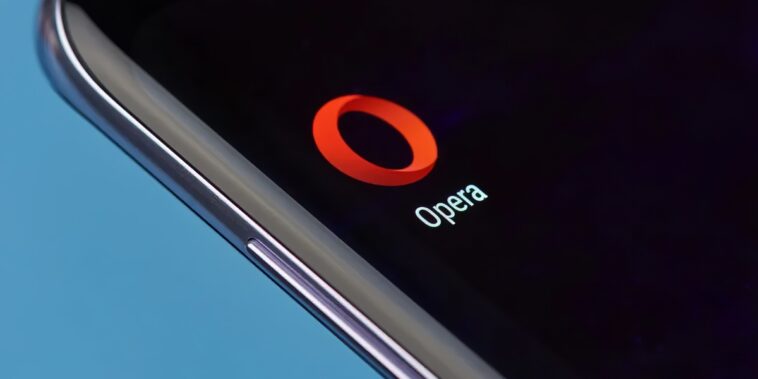 Opera, a global internet innovator, has partnered with Alteon, a creative product solutions company, to create an instant NFT minting tool. With the tool, called “Alteon Launchpad,” users can drag and drop files directly into a web browser, which will then write a simplified smart contract and upload them to a blockchain.

This “instantaneous” and simplified NFT minting process will allow more creators to get involved in Web3 without having to deal with complicated nuances of writing their own smart contract or uploading to secondary marketplaces. Through Opera’s minting tool, users will have the option of previewing their NFT and review properties of their smart contract. Users will also retain full copyright over their NFTs.

The instant NFT minting tool will be part of Opera’s Web3 browser, with the minted NFTs stored in an Opera wallet. Users can create their own Opera wallet if they don’t have one at the time of minting. NFT minters can then sell their NFTs on private marketplaces if they wish.

Matt Cimaglia, co-founder of Alteon, said a goal of his company is to level the playing field for content creators of different backgrounds. Alteon Launchpad will “bridge the tech gap” between traditional creatives and the new creator economy in Web3. With this new minting tool, anyone will be able to explore what the blockchain has to offer.

The two companies plan to debut the NFT minting tool in the first quarter of 2023, on the left-hand side of Opera’s Web3 browser. In addition to allowing for the easy minting of NFTs, Alteon will showcase artists who use the tool by spotlighting their work on the tool’s wallpaper. The first artist, already selected, is award-winning pop artist Kristin Simmons.

Acquisitions and Partnerships Abound in Web3

Although the cryptocurrency market has slumped in recent months, that hasn’t stopped companies from banding together to produce new innovations. At Rarity Sniper, we have written several articles in the past few months about just that. Here are three.

First, a week ago, Mozilla, the developer of Firefox, acquired Active Replica to boost its metaverse offerings. Active Replica, before Mozilla acquired it, specialized in virtual events hosting. Now, the Active Replica team will work on Mozilla’s Hubs project, which is Mozilla’s VR platform.

Next, also a week ago, Phantom, a Solana-centric wallet, integrated the Ethereum and Polygon blockchains. The move fulfills Phantom’s vision to become a multi-chain wallet. It also increases the wallet’s functionality, with users now having the option of using a single wallet for all three blockchains.

Lastly, in November, Metamask partnered with NFTBank to launch an NFT portfolio tracking platform. The innovation will provide users with easy-to-access NFT portfolio valuations and solves a long-running problem in the NFT space: telling NFT holders how much their NFTs are worth.

Opera and Alteon’s new NFT minting tool should make the minting process easier on creatives when the tool is launched. If it is successful, other companies may follow through with their own NFT minting innovations, even during these difficult market conditions.