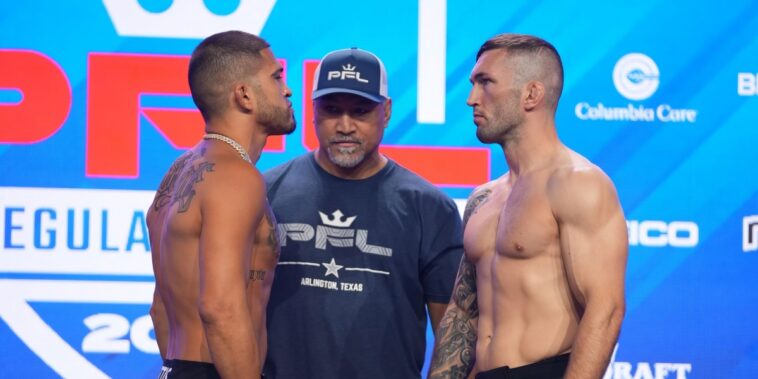 The Professional Fighters League just announced a partnership with the non-fungible token (NFT) platform SportsIcon to create the “PFL Metaverse.”

The PFL, founded in 2018, is one of the fastest growing sports leagues in the world. Unlike the Ultimate Fighting Championships (UFC), which pairs fighters against each other in one-off matches, the PFL uses a sports league format for Mixed Martial Arts (MMA). It is the only MMA league that has a regular season, playoffs, and championship, and each year the winners of the PFL World Championships receive a 1 million dollar prize.

Now with the help of SportsIcon, an Web3 platform focused on NFTs and sports collectibles, the innovative league will engage fans through the metaverse. The goal is to build a virtual sports metaverse around PFL and its fighters.

The mission of SportsIcon is to bring fans closer to their favorite sports through NFTs, the metaverse, and other Web3 technologies. The platform allows athletes to mint NFTs directly on the Flow blockchain, and its Future Icons project lets fans invest in the next generation of athletes and share in future revenue streams.

The CRO of PFL Jon Tuck said that the new metaverse will increase fan engagement and give sponsors a chance to interact with fans in an immersive and interactive spaces. Alexi Yovanoff, co-founder and COO of SportsIcon, added that the platform was happy to partner with “an incredibly forward-thinking organization” in PFL, and that they’d be working to bring the best of Web3 to the MMA league.

The PFL features elite talent from around the world and has live coverage in 160 countries. It has become the world’s second most popular MMA league after the UFC. Earlier this year, the PFL partnered with Web platform Mercury for its first NFT project.

Web3 Has Infiltrated the Fight World

The move from the PFL to partner with SportsIcon for a metaverse project is a big deal. But the PFL isn’t the only league or sports organization building in Web3. At Rarity Sniper, we’ve covered several stories about leagues, organizations, and fighters themselves investing in Web3 projects. Here are the top headlines from the fight world.

First, on January 23rd, 2022, the UFC and Dapper Labs debuted UFC Strike. It consisted of 100,000 Fully Loaded NFT packs containing three moments of incredible finishes in the UFC. The moments come in the form of NFTs on the Flow blockchain and can be traded on NFT markets.

Next, the UFC striked again with a deal with DraftKings to release its UFC NFTs from its “Reignmakers” series. Holders of the NFT can place bets, play fantasy sports, and win prizes. The NFT collection was followed by the “Heatwave Series” NFTs dropped in the summer of 2022.

Lastly, on May 14th, 2022, legendary boxer Floyd “Money” Mayweather used NFTs as ticket for access to live streaming for his fight against Don Moore. The fight took place in Dubai and holders of a Global Titans Fight Series NFT received a Mayweather autograph, photographs from the fight, and limited-edition 3D collectibles.

NFTs and metaverse technologies continue to influence a myriad of industries, and perhaps they are no better suited than for the sports world. The Professional Fighters League will have stiff competition in Web3 from the UFC, but its exciting format and soon-to-be-born metaverse project should make it a competitor in the space for years to come.