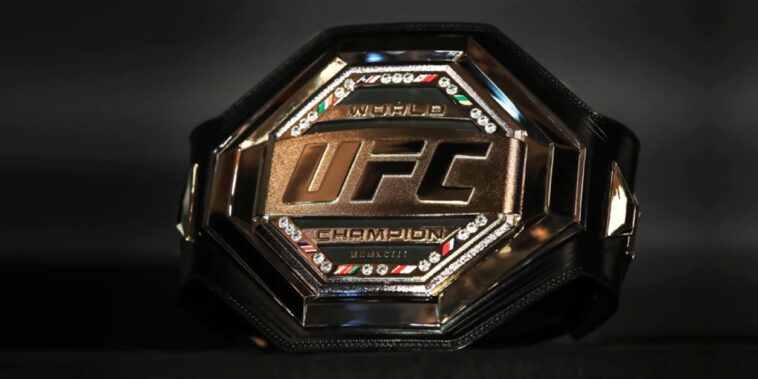 According to the UFC’s official press release, DraftKings will start dropping “Heatwave Series” UFC NFTs throughout the summer. The UFC says MMA fans should expect the first NFT drop before July 2nd’s match between Adesanya vs. Cannonier.

Although “UFC Reignmakers” NFTs will be available throughout the summer, the UFC doesn’t expect its fantasy game to go live till late 2022. However, the UFC said NFT holders might enjoy special rewards before the “Reignmakers” game launches.

As a part of this deal, DraftKings could use the UFC’s IP to mint NFTs associated with at least 500 current fighters. DraftKings executives say they will monitor the demand for “UFC Reignmakers” NFTs to determine the ideal total supply.

Each NFT in the “UFC Reignmakers” collection will have different stats and rarity rankings that will influence a player’s odds of winning prizes. DraftKings didn’t reveal any specific rewards, but it suggested players may win clothing, cash, and exclusive NFTs.

The UFC Leads MMA Into the Metaverse

Like the NBA, the UFC has been one of the most crypto-friendly pro sports leagues. Indeed, the UFC’s NFT market UFC Strike has proven to be a worthy competitor to Dapper Labs’ dominant NBA Top Shot.

Aside from UFC Strike, the Singapore-based exchange Crypto.com frequently drops UFC NFTs on its NFT market. In 2021, Crypto.com paid almost $200 million for an exclusive partnership with the UFC.

Speaking of multi-million-dollar sponsorships, the UFC just closed a deal with the blockchain VeChain. It’s estimated that VeChain spent about $100 million to display its name at UFC events.

Many UFC athletes appear to be enthusiastic about the league’s growing integration with crypto and NFTs. A few months ago, UFC flyweight Matheus Nicolau said he would take his upcoming salaries in Bitcoin. The MMA company also said fighters could apply for “Bitcoin bonuses” post-UFC 273.

UFC fans will likely see even more crypto partnerships and NFT drops in the ensuing months.