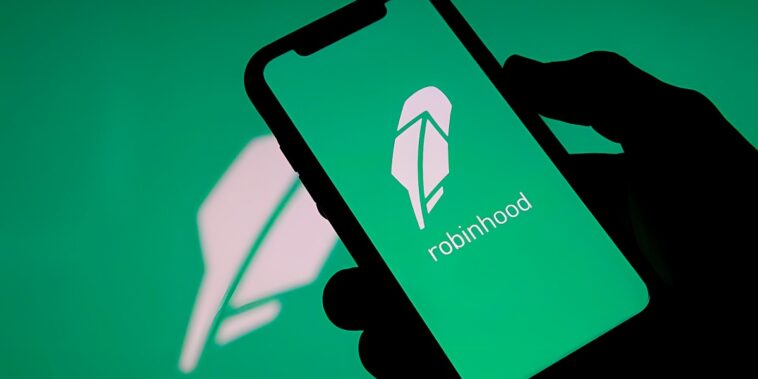 The no-fee trading platform Robinhood ($HOOD) just released a beta version of its Web3 wallet that lets users swap cryptocurrencies with no network fees and access to the decentralized web.

The standalone non-custodial wallet that for now only supports the Polygon blockchain has been released to 10,000 iOS users who first joined the waitlist in May, Robinhood said Tuesday in a blog post on its website.

Johann Kerbrat, Chief Technology Officer at the company, said the wallet will enable high speeds, gasless swaps, and more security. It will also let users trade over 20 cryptocurrencies supported by decentralized exchange (DEX) aggregator Ox with no fees and earn a yield on their crypto by connecting with decentralized apps (dApps).

Although the beta version of the Robinhood Wallet only supports the Polygon (MATIC) network — a proof-of-stake (PoS) blockchain compatible with Ethereum — the company plans to create a multichain wallet in the future. In the blog, Robinhood called it a “wallet worth the wait.”

The California-based financial services company has been busy this year expanding its crypto services as it tries to make crypto more accessible to people in the same it did with the stock market. In January, Robinhood rolled out its beta version of its crypto wallet and in April it expanded access to two million users.

Also worth noting is that just last week the platform released the stablecoin USDC for traders. According to Kebrat, releasing the stablecoin around the same time as the Web3 wallet was intentional, as the company hopes access to a crypto asset that isn’t volatile will help onboard new users.

Despite the bear market, it’s clear that Robinhood is bullish on crypto and Web3. But Robinhood isn’t the only exchange with a Web3 wallet. Both Crypto.com and Coinbase have software wallet apps that store NFTs. And Binance, the largest crypto exchange in the world, owns Trust Wallet, a popular non-custodial crypto wallet.

At Rarity Sniper, we’ve also reported on several exchanges and companies launching Web3 wallets this year. For example, KuCoin, a crypto exchange based in Seychelles, launched its first non-custodial crypto wallet in June. The browser-based wallet lets users store crypto from dozens of blockchains and protect and display their non-fungible tokens.

Also, four months ago, GameStop launched a Web3 Ethereum wallet that lets users store, send, and receive crypto and NFTs. The non-custodial wallet is compatible with GameStop’s NFT marketplace which was released shortly after.

Robinhood’s decision to release its new wallet shows the company is abandoning its previous “walled garden” approach to crypto, which many people in Web3 will appreciate. Although the Robinhood Wallet is only available to a small number of users now, we’ll keep our ears to the ground for news of when it becomes more accessible.