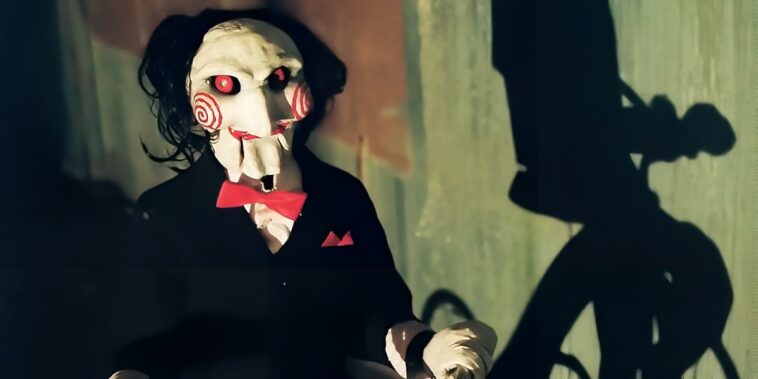 Lionsgate and Twisted Pictures have partnered with Internet Game and Autograph to bring Saw, a horror franchise, into Web3. The activation will see users plays three mini-games with chances to win blue-chip NFTs at the end. Prizes include a Mutant Ape, a Doodles NFT, and a chance to visit the Saw studio.

To play, users will need to purchase a Saw Game Pass in one of three locations: the GameStop NFT marketplace, Magic Eden, or Internet Game. The Saw Game Passes went for sale on October 24th. There are many different subsets of NFTs to start the activation, but the three common categories are “traps,” “schematics,” and “workshops.”

The three mini-games are called “Blood Bucket,” “Acid Bath,” and “Incinerator.” Blood Bucket begins on October 31st, Acid Bath on November 2nd, and Incinerator on November 4th. Each mini-game starts at noon EST that day. Those who survive the mini-games with the most health will enter the pool to receive the NFT prizes.

Saw is one of the largest-running horror franchises, grossing over $1 billion worldwide. The movies feature a character called “Jigsaw” who punishes people with life-or-death games. Twisted Pictures plans to release the next movie on October 27th, 2023, in time for Halloween season and perhaps another NFT game.

Its entrance into the NFT world shows that movie studios are continuing to innovate to bring their intellectual property in new ways to audiences, old and new. This 2022 activation will provide fans with new touchpoints to engage with the films and provide a gamified experience that should fit in with this “spooky” season.

For regular readers of the Rarity Sniper news site, it may come as no surprise that Lionsgate has ventured into Web3 again. We’ve featured it in two stories already this year. Here are those two stories and a third involving another entertainment company entering Web3.

First, there is Lionsgate’s “Hellboy” activation. Four months ago, The Sandbox announced it had reached an agreement with the film studio to bring Hellboy to its metaverse. According to The Sandbox, more films from Lionsgate are on the way.

Second, there is Lionsgate’s IMAX NFT. Nine months ago, the film studio added a little excitement to its “Moonfall” IMAX premiere: a unique NFT for movie-goers. Like with the Saw NFTs, Lionsgate partnered with Autograph for the Moonfall NFT drop.

Third and finally, there is Warner Brothers’ Lord of the Rings NFTs. Just last week, the entertainment giant launched its Fellowship of the Ring NFTs that featured three unique navigational menus and AR features.

The partnership between Lionsgate, Twisted Pictures, Autograph, and Internet Game shows that companies are continuing to innovate in Web3. Here at Rarity Sniper, we’ll keep our ears to the ground for further developments in the story.