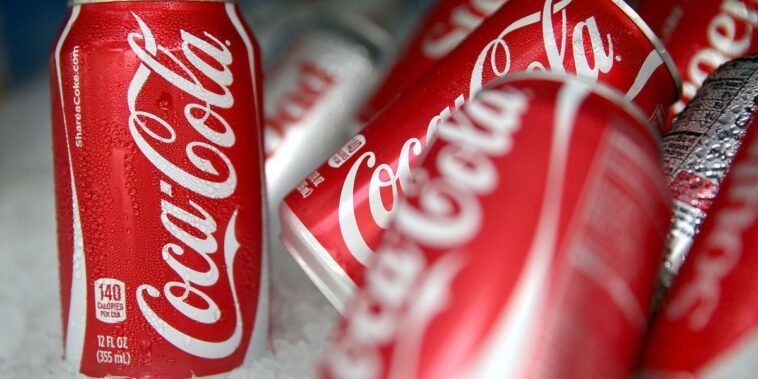 Coca-Cola is teaming up with Crypto.com and digital artist GMUNK to release 10,000 unique non-fungible tokens (NFTs) to commemorate the World Cup in Qatar.

The NFT collection is being developed and hosted on Crypto.com, an NFT marketplace and crypto exchange. The NFTs are available to global football fans who register for a Crypto.com NFT platform account on Coca-Cola’s Fanzone page and click on the NFT banner.

GMUNK, who has been creating in the digital space for over 20 years and has worked on Hollywood films like “Tron: Legacy and Oblivion,“ said that Piece of Magic will use “football data as our paintbrush” to render a “visual story unique to each match.” Crypto.com’s Chief Marketing Officer Steven Kalifowitz added that it was a privilege to partner with GMUNK and Coca-Cola to create a “completely new form of memorabilia.”

FanZone is Coca-Cola’s digital hub for the World Cup Qatar 2022. It includes challenges and competitions that let fans test their football knowledge and interact with each other throughout the games.

Coca-Cola Is Bullish on Web3

The NFT collection from Coca-Cola is big news for World Cup and Web3 fans. But this isn’t the first time we’ve seen the world’s leading beverage producer dabble in Web3. At Rarity Sniper, we’ve written several articles about Coca-Cola experimenting with NFTs, blockchain technology, and the metaverse. Here are the top three.

First, to kick off 2022, Coca-Cola created a “pixel-flavored” drink tied to metaverse gaming utilities. Players who purchase the Coca-Cola Zero Sugar Byte could participate in a 8-bit game hosted on Fortnite. With the move, Coca-Cola became one of the earliest brands to test digital beverages in the metaverse.

Next, in the summer of 2022, the brand released an NFT series benefitting the LGBTQ+ community. The Coca-Cola Pride Collection consists of 136 NFTs – symbolizing the number of years the company has been in business. They were created by South African artist Rich Mnisi.

The fact that the brand behind the most consumed beverage in the world is bullish on Web3 is good news for the space. We’ll have to be patient to see how the “Piece of Magic“ NFT collection plays out for Coca-Cola. But considering the brand’s global reach and the popularity of the World Cup, we expect it will do just fine.