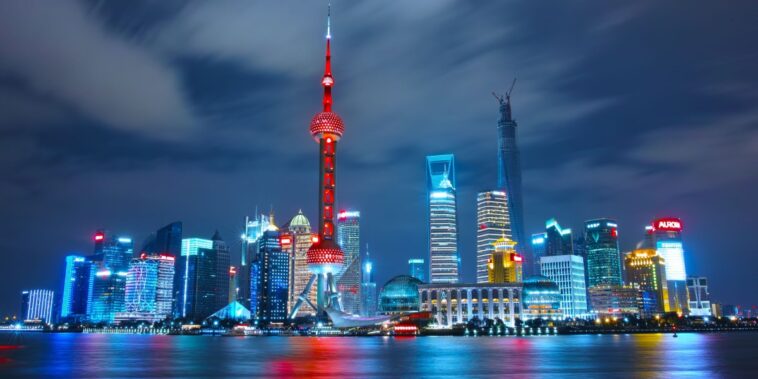 Shanghai is bringing the metaverse to 20 urban locations throughout the city as part of a pilot program by the Shanghai Municipal Commission of Economy and Information.

Here’s what we know about the activation:

This isn’t Shanghai’s first move into Web3. The city turned its main shopping street Nanjing Road into a virtual commercial center where customers can make purchases with China’s digital yuan. The city also announced a plan back in July 2022, where it stated its goal to become a $52 billion “metaverse cluster” by 2025.

Cities Around the World Invest in the Metaverse

Shanghai isn’t the only city that’s been bullish on Web3 and the metaverse. At Rarity Sniper, we’ve written several articles about cities around the world launching metaverses projects. Here are the top three.

First, the capital of South Korea, Seoul, released a pilot version of its metaverse city, a VR world that mimics the vibrant metropolis. Users can experience the virtual city via avatars, and it contains a variety of functions and activities, including some dedicated to education.

Next, Miami Gardens partnered with CEEK VR to create a metaverse experience for residents, tourists, and virtual explorers. The VR city contains many of same attractions as the real-life city, such as City Hall, the Hard Rock Stadium, and Calder Casino.

Finally, the emirate Sharjah in the United Arab Emirates (UAE) partnered with Multiverse labs to launch a metaverse called the “Sharjaverse.” The metaverse is a “physics-accurate virtual depiction of the city, encompassing the full 1,000 square-mile area.

The metaverse offers several benefits to cities, from increasing tourism to providing new Web3 jobs to residents. Shanghai’s latest move to bring enhanced public services to residents via new technology is even more ambitious. At Rarity Sniper, we’ll be on the lookout for any updates to the story.