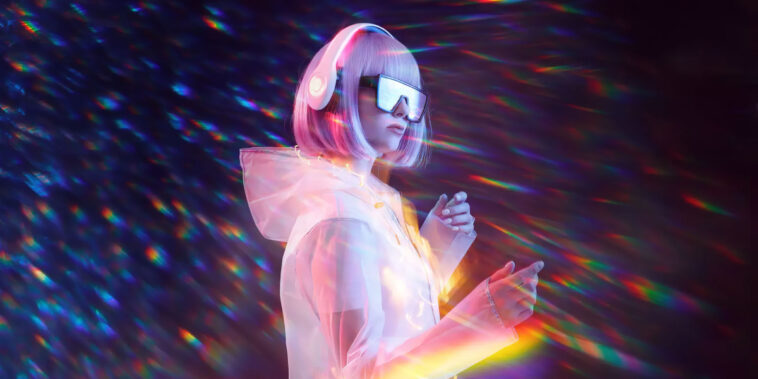 At the Consumer Electronics Show (CES) 2023 in Las Vegas, the metaverse took center stage. And none of the new tech was perhaps more interesting than the introduction of smells and touch for these virtual worlds. Experts speculate that as this new tech becomes more widely available, the metaverse will become more immersive, attracting more users.

First, US-based company OVR Technology introduced a cartridge system whereby users can “smell” in these digital landscapes. The system uses eight standard smells, which combine to form more specialized scents. Initially, the company advertised the tech to fragrance companies looking to entice their customers to buy their products through VR.

Finally, “touch” also played a role in metaverse presentations at the Consumer Electronics Show. Often called “haptics” when referring to the specific tech, the use of “touch” involved users strapping on suits that simulated vibrations or buzzing sensations when they touched an object in a virtual world.

Still, the technology for both senses is far from developed and likely will apply to niche users in the near-term. Some applications include trainings for bomb handlers who practice in VR or surgeons who use the technology to train for complicated procedures. Experts say the tech will be expensive until advances can make the implementation more user-friendly.

The tech advancements give metaverse proponents hope, however, after a tough 2022. During that year, the cryptocurrency market plummeted and interest in decentralized metaverses fell. New developments may revive consumer interest in the technology, though, including the debut of Apple’s widely anticipated mixed reality headset set for launch in the fall of 2023.

Web3, the next iteration of the internet, became the latest tech to take over the Consumer Electronics Show this year. And with it came the news coverage: the metaverse, NFTs, and VR. Here are three stories we wrote about CES 2023 and Web3 this year.

Next, LG Electronics, a South Korean tech giant, made several announcements about its Web3 ambitions at the trade show. One of the announcements involved its LG smart TVs. Now, according to the company, customers can buy NFTs using just the TVs and the Blade Wallet.

Lastly, even before CES 2023, LG Electronics made news, revealing that it would showcase NFT shoes at the event. These “Monster” virtual shoe NFTs make up a 5,500-NFT collection and come with a chance to win an IRL pair of shoes.

The metaverse has come a long way in just a year as the new tech developments regarding smell and touch show. Here at Rarity Sniper, we’ll keep our eyes open for further developments in the metaverse and report back.