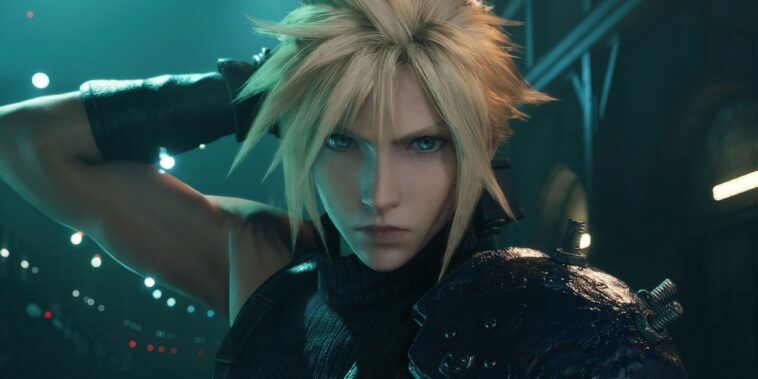 In a bombshell earlier this week, SQUARE Enix revealed it has partnered with blockchain game developer ENJIN to create Final Fantasy VII NFTs. The non-fungible tokens encompass two categories: NFT trading cards and a digital replica of an action figure. Here is everything we know so far:

A representative for SQUARE Enix said the company looked at many blockchains to host the NFTs before choosing ENJIN’s Efinity Platform, which uses Polkadot’s Proof-of-Stake blockchain. Polkadot is known for its eco-friendliness and was rated the least impactful POS blockchain out of six surveyed, according to Bloomberg.

Although the physical trading card details are still forthcoming, SQUARE has already decided on the character to be featured in the action figure. It will be Cloud Strife, the lead in the role-playing game. The physical action figure will cost $130 and stand at a height of six inches. The NFT version will cost an additional $30 and use augmented reality technology so you can view it in a physical location through your mobile device.

It appears like the ENJIN Efinity Platform uses custodial wallets, as seen in the numerous warnings surrounding the Final Fantasy VII NFTs. You could lose access to your asset if the ENJIN platform goes under, which could constitute a loss of hard-earned cash. But custodial wallets have a perk — you don’t have to remember or store a seed phrase.

Final Fantasy VII is the crown jewel of SQUARE’s titles, following a team of rebels seeking to overthrow Shinra, a company sucking the energy out of the planet. The release of the NFTs will correspond to the 25th anniversary of the video game, originally released on the Playstation console.

First, we start with news from just a couple of days ago. Tomonobu Itagaki, the creator of the popular video game Dead or Alive, announced the formation of Apex Game Studios, a blockchain gaming company. According to sources, the company will focus on AAA games and has already started incubating an MMORPG called Warrior.

Second, we turn our attention to Animoca Brands, the majority stakeholder in the metaverse game The Sandbox. It recently announced that it had raised $75 million, with Liberty City Ventures being one of the backers. Among Animoca Brands’ many blockchain gaming titles is Axie Infinity, a top blockchain game.

Third and finally, there is GameStop. The company has recently pivoted to all things blockchain since the start of 2022 and announced a little more than a week ago that it has launched its NFT marketplace. The market will focus on gaming NFTs and feature low transaction costs, which are helpful to gamers and less environmentally impactful.

SQUARE Enix’s decision will likely rile some gamers, but there’s no doubt that some gaming companies view NFTS as the future.