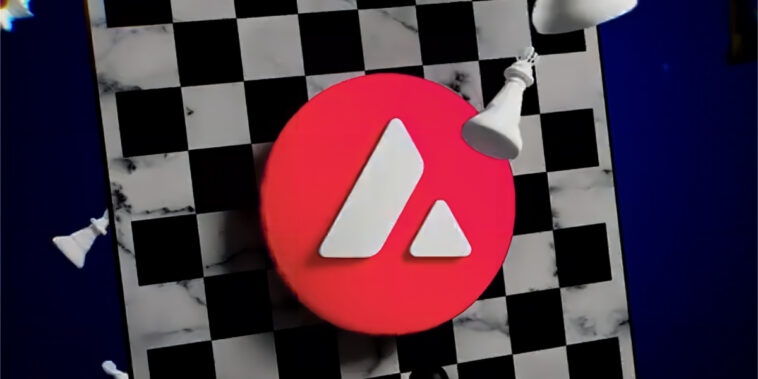 One of the world’s most popular sports, chess, is moving on-chain.

The global authority for chess, The International Chess Federation (FIDE), is hoping to onboard the sports’ 500+ million players to Web3 with a new partnership with the Avalanche blockchain.

According to a press release from the organization, the partnership will create “operational efficiencies for players and federations and improve game integrity.” The integration will see the highly efficient blockchain host tournament prize pools and publish tournament data and player rankings on-chain.

Ava Labs, the studio behind the Avalanche blockchain, and Core, a custodial crypto wallet, will also be sponsors at in-real-life (IRL) chess tournaments around the world, including two of the biggest tournaments — Chess Olympiad and the World Chess Championships.

Avalanche is a blockchain founded by Cornell researchers that can process more than 4,500 transactions per second and finalize transactions in less than two seconds. It also lets users create new blockchains that run on its network.

The move from FIDE to move on-chain is huge for the international chess community and Web3 fans. But chess isn’t the only sport interested in Web3. At Rarity Sniper, we covered several stories about sports governing bodies partnering with Web3 companies for experiences and activations. Here are some of our top stories.

First, two months ago, soccer’s world governing body, FIFA, inked a multi-year deal with the Upland metaverse and launched a series of Web3 games and apps for the World Cup 2022 in Qatar. The activation saw the virtual recreation of the Lusail Stadium and other real locations in Qatar.

Next, The Association of Tennis Professionals (ATP), the governing body for men’s tennis, launched an NFT collection called “Love” on December 6th. The collection featured 300 generative art NFTs that were created with real-world tennis data. Designer Martin Grasser was the principal artist behind the collection.

Lastly, this week, the Argentine Football Association (AFA) also partnered with Upland to bring NFTs and metaverse experiences to fans. With the partnership, the AFA hopes to bring fans, teams, and players closer together. It will also help teams earn additional revenue through multiple licensed digital assets.

Web3 has a myriad of applications in sports, including metaverses experiences, digital collectibles, and the use of blockchains to record stats and data. It will take some time to see if the Avalanche integration is popular with chess players around the world. But since chess is a sport millions of people play online already, it’s possible that its transition to Web3 is smoother than sports that must be played in real life.